The almighty passenger with reserved seat on Indian Railways train 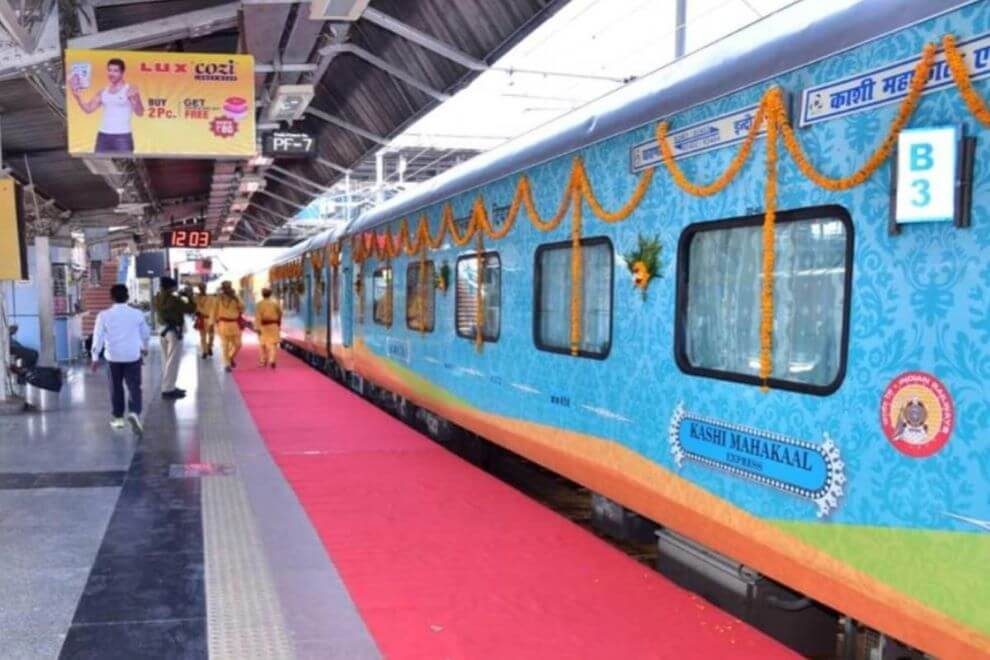 Kashi Mahakal Express, inaugurated by PM Modi on Sunday has allotted a special berth for Lord Shiva on its sleeper train. The main aim behind launching this train was to connect three holy cities that will boost pilgrimage tourism.

From now on, seat number 64 in coach B5 will be reserved for the almighty on Kashi Mahakal Express. Heading for two other major Hindu sites, the train will set out from the ancient holy city of Varanasi in the state of Uttar Pradesh.

The berth has been heavily decorated with garlands and pictures of Lord Shiva. It has been decorated in such a way that it appears as a small temple set in a sleeper coach. Its presence is intended to remind passengers that god is somewhere nearby.

Deepak Kumar, Northern Railway Spokesperson, said, “It’s for the first time that a seat has been reserved and left vacant for the deity Lord Shiva. Even a temple has been drawn on the seat to make people aware that the seat is reserved for the Lord Mahakal to that of Ujjain, Madhya Pradesh.” He also stated that the company will be deciding on whether they will keep seat 64 vacant forever. Kashi Mahakal Express is India’s first privately-owned train that will cover a distance of 1,131 km between Varanasi and Indore in Madhya Pradesh via Lucknow in 19 hours.

Kashi Mahakal Express, the third IRCTC-operated service in the country, will play light devotional music and comprise of guards outside every compartment to keep a check that only vegetarian cuisines will be served to the passengers like Poha of Indore, Kachori of Kashi, Pudi–Bhaji, and Aloobade of Bhopal in the train. The one-way journey from Varanasi to Indore will cost Rs. 1,951 inclusive of four meals.