An emerging player in the World Athletics | Shaili Singh Biography 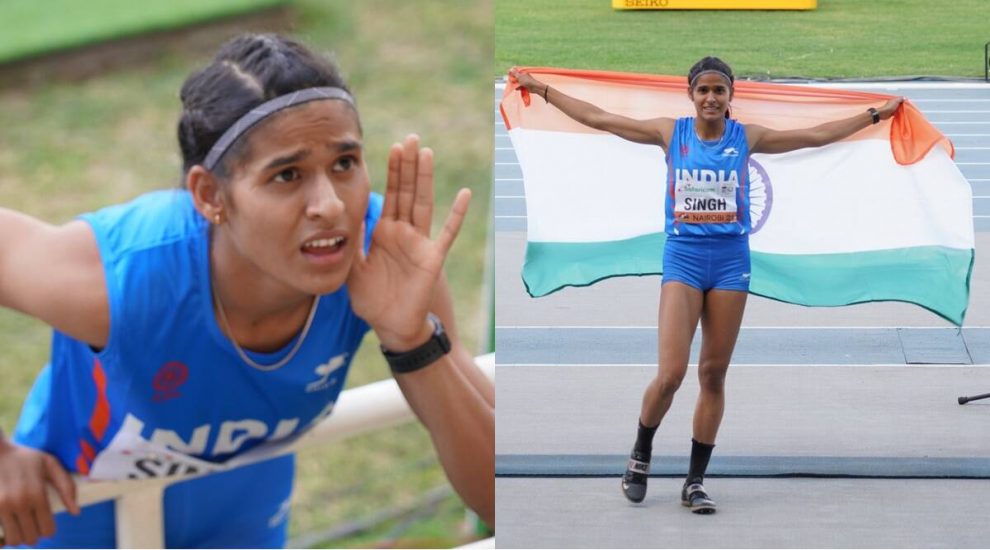 The young athlete from Jhansi, Shaili Singh, bagged a silver in the World Athletics U20 Championships in Nairobi, Kenya, with her personal best of 6.59m long jump against Sweden’s Maja Askag. The miss of one centimeter cost her the gold, but she established herself as a star and her continued dedication will allow her to ace Indian athletics in the future.

Shaili Singh was brought up by a single mother, who worked as a tailor to earn a living. Already fond of running, Shaili Singh used to run barefooted in school tournaments, and with the continuous support of her mother, she participated in various local tournaments as well. However, the U-14 long jump competition at the Junior Nationals in Vijaywada in 2017 was a life-changer for her. Although she finished fifth with a long jump of 4.64 m, the spark of becoming the world’s best long jumper struck Anju Bobby George and her husband Robert Bobby George on seeing her in the tournament. Anju Bobby George, an iconic Indian long jumper, decided to mentor her as she believed Shaili Singh to be “more or less like her,” carrying a learner’s attitude.

On being coached by Robert Bobby George and mentored by Anju Bobby George in Bangalore, Shaili’s enthusiasm to accomplish her life’s goal also took a long jump. Lacking inappropriate experience and training for the higher level tournaments, Anju and Robert took up the job and started working on her body structure, refining her basic skills and keeping a check on her diet routine. Just a year of training in Bangalore helped her break the under 16 national records, with a long jump of 5.94m at the Junior Nationals in Ranchi in November 2018.

Shaili Singh is now ranked second globally in the under 18 long jump category. Her journey to reach this level has been a difficult one, but the commitment of the teenage athlete helped in overcoming all the obstacles and emerge as a winner. Shaili does not plan to stop here. She told her mother that she wants to hear the National Anthem being played in the stadium while she holds the gold medal in her hands, joining the esteemed company of Neeraj Chopra and Hima Das, the only two Indians who won gold in 2016 and 2018 respectively.

Shaili Singh is for sure an upcoming inspiration for many Indians and her journey from running barefoot to winning silver at the U20 World Athletics Championship has been a commendable one.