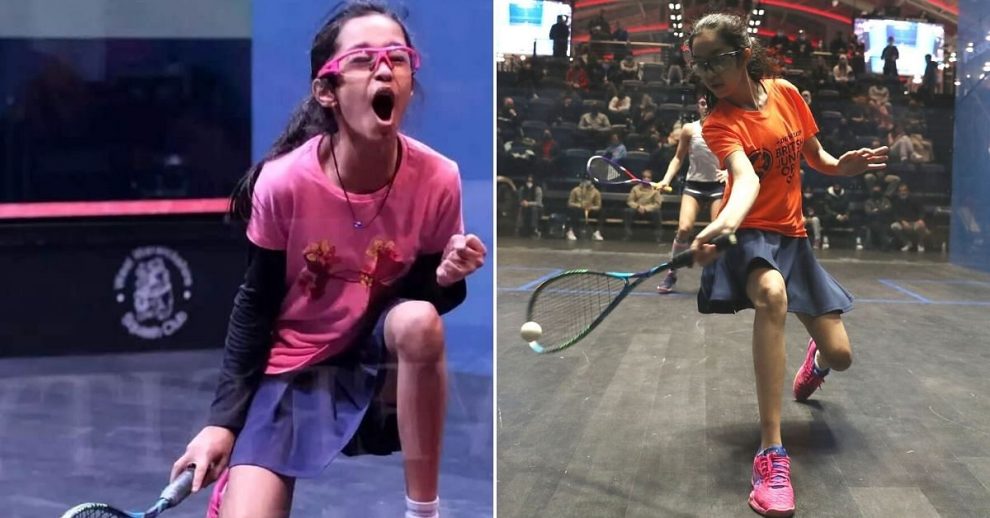 History in the making with the 13-year-old, Anahat Singh from Delhi, becoming the first Indian to win the junior US Open Squash championship, held at Arden Spectre Centre in Philadelphia on December 22, 2021. She defeated Jayda Marei of Egypt 11-9, 11-5, 8-11, 11-5 in the finals of girl’s Under-15 category and won the semifinal against US national champion Dixon Hill 11-8, 11-9, 11-5 in just 32 minutes. More than 850 junior squash players participated, representing 41 different countries in this world’s largest junior individual squash tournament.

Anahat started her sports career at the age of 6, by winning several badminton tournaments in Delhi. Inspired by her sister, who used to play squash, she took up the sport at the age of 8 and soon clinched the title of being no. 1 in the girls’ Under-11 category, consistently maintaining her rank for 2 years, before she moved to the Under-13 category. She won the bronze and silver at the Asian Juniors and Malaysian Juniors Open in 2018 respectively.

Besides this, Anahat also excelled in Europe and Asia in 2019 by winning the European super series titles – European Junior Squash Open and DPD Dutch Junior Open. She won the Scottish Junior Open in December 2019 and bagged a silver at the British Junior Open.

On receiving the prestigious title of US Junior Squash Open championship, Anahat said, “The final match was really exciting because it was the first international tournament of the year and also the last, which I won.”

When asked about handling the pressure of such big-ticket tournaments at such a small age, Anahat focused more on having fun while playing and paying less attention to the tensions of winning or losing a match.

In an interview, Anahat stated that her parents have been very supportive of her dreams and aspirations. She also talked about her daily practice regime and said, “I normally practice twice a day, but if I am tired it gets reduced. It is about one and a half hours per session. In the morning I do fitness training and after I finish school, in the evening I play squash.”

Balancing sports and studies together is not an easy task for Anahat, but dedication towards her dreams and constant support from teachers and parents have made it seem achievable for her. She aspires to win more tournaments to become a professional-level world champion as she grows up.