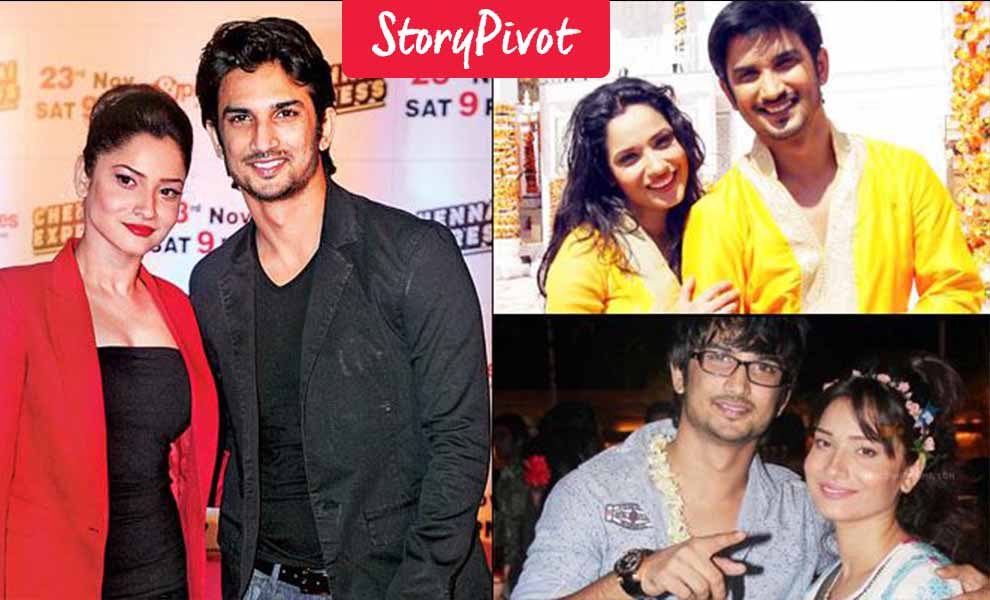 “Life is eternal, and love is immortal, and death is only a horizon; and a horizon is nothing save the limit of our sight” Rossiter W. Raymond.

From daily soap to big screen, Archana and Manav made their names in the entertainment industry. The show that started in 2009, attracted more than just audience, it brought two hearts together. Sushant Singh Rajput, who rose to fame after his iconic role in M.S. Dhoni: The Untold Story, and Ankit Lokhande, who played Jhalkaribai in the historical periodic movie Manikarnika: The Queen of Jhansi, had a different story than most Indian celebs.

The rumours of the co-stars dating surfaced in 2010 while they were still a part of the T.V series. The two stars made headlines quickly as their on-screen romance turned into a reality. The chemistry was loved and celebrated by the fans of the show. It was said by many that the two were the perfect power couple and gave room to each other in terms of personal choices and career. Accepting who they were for what they are, was the most adored trait of the couple by the people.

Did they ever get engaged?

On a red carpet event where the two went as a couple, a reporter asked Ankita Lokhande about her plans to marry and she jokingly asked the reporter to redirect the question to her then partner and ask him when he will be ready to tie the knot. Although madly in love, Sushant Singh and Ankita Lokhande never got engaged even after six years of dating.

Why did they break up?

Ankita Lokande and Kai Po Che actor were off to a bumpy road ever since he stepped onto the big screen. The actors were said to have a difficulty in taking the time out of their busy schedules to meet and talk. After a while, the pressure of Bollywood got to our sweet Manav which brought his relationship with Ankita Lokhande to an abrupt and bitter end.

After their break-up, Ankita Lokhande kept away from discussing about her break-up with the media. They believed it was for the best to not speak about the details of their personal lives. The publicized relationship turned into a quiet separation. The two were never seen together on-screen before.

Ankita went public with her relationship with Vicky Jain in 2019. After having a full blown publicized love story with Sushant, she decided to stay as low-key as possible with the businessman. While she was dating Vicky, Sushant was also rumoured to be dating Rhea Chakraborty. It was clear that there was no bad blood between the ex-couples as they had been commenting on how happy they are with how well they were doing for themselves in their careers.

Ankita Lokhande got engaged to Vicky Jain on 11th June 2020. Soon after their engagement, Sushant Singh Rajput died of Asphyxia due to suicide by hanging in his Bandra house. She was one of the first few people to find out about his death and she went radio silent for a few days afterwards. On her visit to her parents’ house, she bid farewell to her long-time partner.

The death of on-screen Dhoni took the entire country by shock and the cause behind his death is still being investigated by the authorities. Ankita Lokhande and Sushant Singh Rajput’s love story may have ended in real life but on reel life, they still remain to be the same. Young, happy and innocently in love.

Ankita also for the first time opened up about her break up and said, “When we were together there was never a bad moment. I don’t blame anyone for our breakup, maybe we weren’t meant to be. But I was always happy to see his rise.”
When asked if she felt she could have saved him if they were still together, Ankita said, “I was not in the picture only. For four years we were not in touch. But yes, I wish I could have stopped him from taking such a drastic decision. As a friend, I would have tried to save him if we were in touch.”

The movement to reach at the bottom of the truth of Sushant Singh Rajput’s death has not just been restricted to India. Right from one of the first initiatives, ‘Justice for Sushant Singh Rajput’, countries around the world, across continents have been vocal in the support for the movement, as they participated in various hashtags and shared posts. In the latest, the ‘World Stand 4 SSR’ is being led by ‘SSRians’, and Ankita Lokhande was one of those to express her delight to see its widespread impact.

The Enforcement Directorate had probed the embezzlement charges in the First Information Report against Rhea Chakraborty before. The current spotlight, however, has turned to the Narcotics Control Bureau that has arrested Rhea and other co-accused, while Deepika Padukone and others have also been questioned.