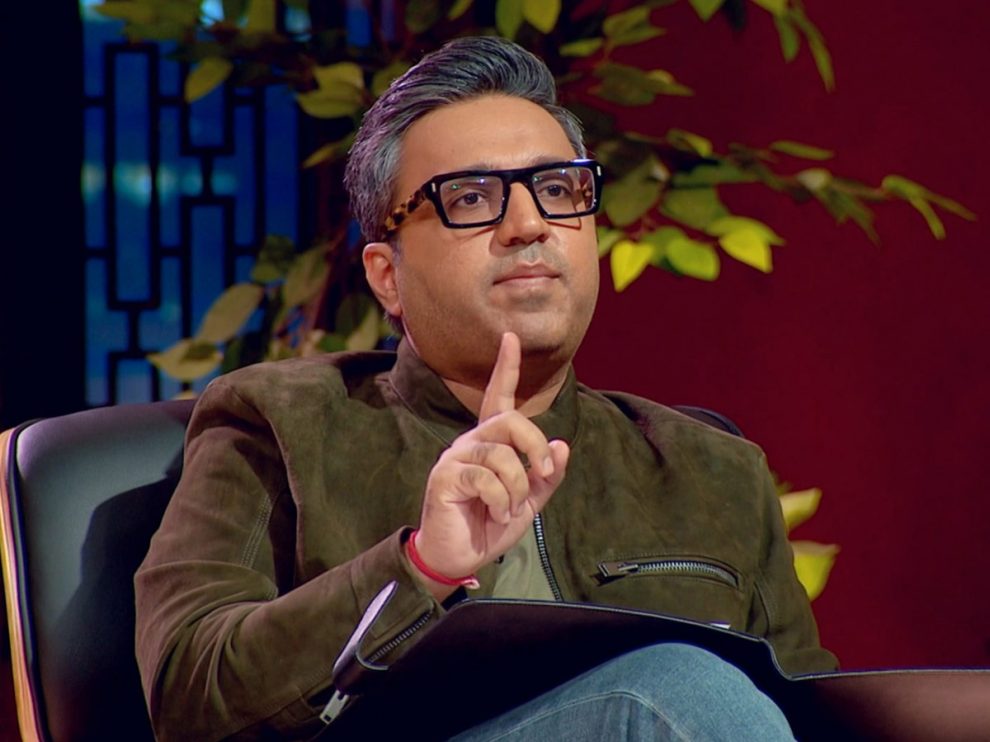 Ashneer Grover, a name much heard, as the founder and Managing Director of BharatPe. He is also the boldest judge at the TV show ‘Shark Tank India.’ Ashneer was born and brought up in Delhi, his father is a chartered accountant and his mother is a teacher. His rich educational background was a great support in the journey, both socially and economically.

He always aimed to fly high and be recognized. A bright student since childhood, Ashneer completed his B.Tech in civil engineering from IIT Delhi and MBA in Finance from IIM Ahmedabad in 2006. He was one of the six esteemed students selected by IIT Delhi in an exchange program for the University of INSA-Lyon, France. French Embassy also awarded him with Rs. 6000 scholarship for his excellence and at par performance.

Ashneer’s journey started at a good pace with Kotak Investment Banking. He joined there as the vice president in May 2006 and served gracefully for 7 years. In May 2013, he switched to American Express (Amex) as the director of corporate development. He led the series B investment in ‘Mobikwik’, payments, and Fintech for Amex. Ashneer’s longingness to join a startup and understand its processes made him change further in March 2015 as Chief Financial Officer (CFO) in Grofers (now Blinkit). Although his parents were not enough supportive for this decision of leaving a secured job, Madhuri Grover (Ashneer’s wife), always encouraged him.

His entry into Grofers’ core team proved to be a remarkable one, as he along with Albinder Dhindsa (Grofers founder) made it India’s largest online grocery store by raising US$ 170mn from Yuri Milner, Softbank, and Tiger Sequoia. He was also able to develop a good network of investors. Later he started as the head of a new business in India’s second-largest jewelry retail, ‘PC Jewellers’, and worked there for around 1 year.

Always believing in the idea of ‘never settling unless you achieve your goals,’ Ashneer’s entrepreneurial journey had begun in his mind long before. He along with Shashvat Nakrani co-founded BharatPe, which is currently India’s one of the leading Fintech startups, valued at $3billion.

Recently, the entrepreneur was inflicted in a controversy concerning the use of abusive language with a Kotak employee and corrosive attitude at Shark Tank India. Ashneer and Madhuri were heard threatening the employee of being killed in a police encounter for not fulfilling the promise of getting shares worth Rs. 500 crores when Nykaa’s IPO was launched, in an audio clip.

However, he waved it off on Twitter, saying, “Folks. Chill. It’s fake audio by some scamster trying to extort funds (USD 240,000 bitcoins). I refused to buckle. I’ve got more character. And, the internet has got enough scamsters.” He has now taken a voluntary leave of absence from BharatPe and will return on or before April 1, 2022.

In spite of such disagreements, Ashneer’s entrepreneurial success could be easily observed with BharatPe catching everyone’s attention throughout the world by becoming a leading digital payments company. It eased the payment acceptance process for offline retailers by allowing payments with any QR code without any transaction charges.