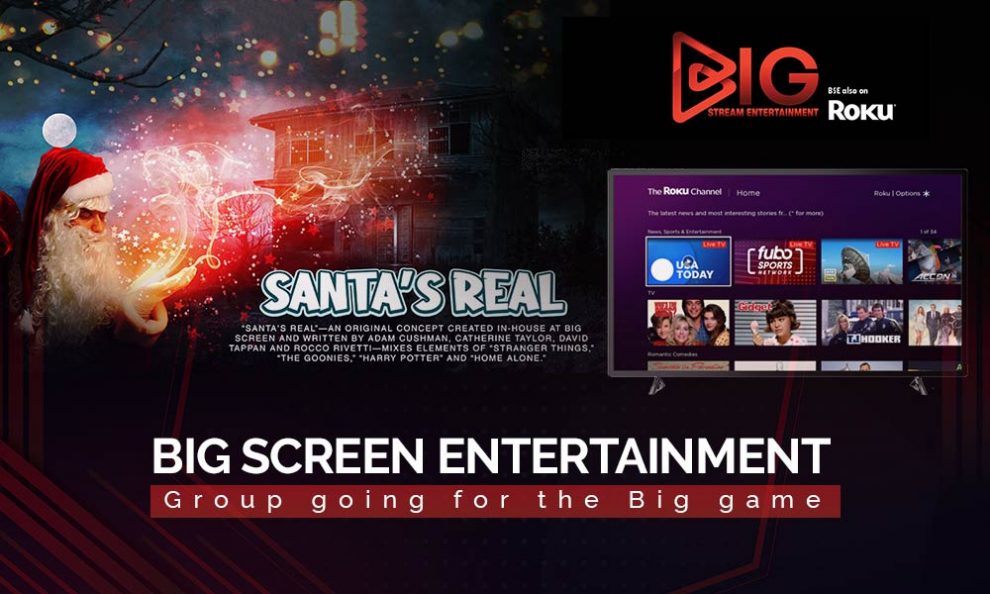 Big Screen Entertainment Group is stepping up production and development. The Los Angeles-based company has set forth a plan to accelerate its revenue generation process from its successful streaming platform, Big Stream.

The Roku channel, established 18 months ago and the online streaming platform with original programming saw a 325 percent rise in its audience base from a year ago.

Also, the group is cashing in from a partnership with lifestyle and The Princess Network- a retail brand selling princess themed fashions catering to women of all ages. More so, tapping into the lucrative pet merch (an industry as a whole had over $100 billion in sales as of 2020), the group has kicked off a new line of royal pet clothing.

Big Screen is developing a string of new TV series and film projects including 3 animated films for family audiences. The group has recently ventured into production of an upcoming live action Christmas movie, ‘Santa4Real’, directed by The Deka Bros.

Some of the new TC series by Big Screen include an action show based around the real-life Women Service Airforce Pilots (WASPs)-‘Avenger Field’, a crime thriller series-‘Shadow Kat’, based off a movie with same name- ‘Singularity Principle’, an adventure environment themed kids series, a futuristic medical drama and a CSI style crime solving show.

BSEG plans to launch a film fund to bring a string of in-house projects to screen, and currently the upper management is in talks with quiet a few investment groups.

Kimberly Kates, Big Screen Chief Executive said that considering all the recent activities, the future for this company has never been so positive. The incredibly talented team and the quality of the projects is very exciting, she added. The company has used the Covid situation to regroup, create and develop several exciting IPs that will spur BSEG to the next level.

Built on love for storytelling, the company was launched in 2005 and has embarked on international markets, specializing in production, post-production and distribution into new commercial markets in an everchanging media world.

Rutten talks about the beauty of ‘new entertainment era’
From standing joke to a power player: The journey of Golden Globes
Comment