Fusion creations and the Indian identity: The globalization of ‘desi’ fashion | Bina Ramani 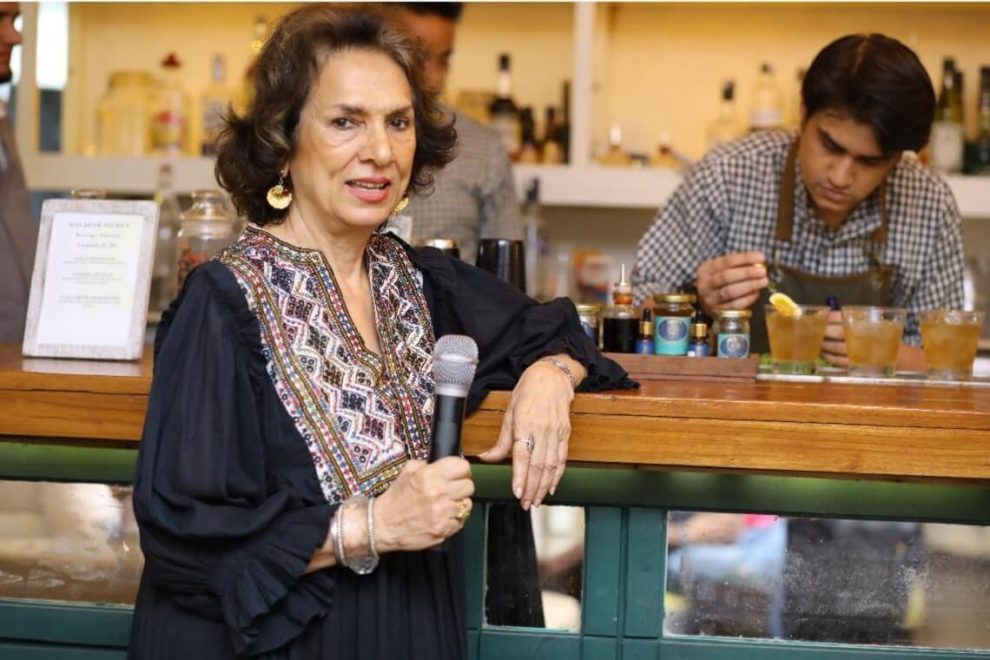 As India globalizes rapidly amid its economic development, fashion provides a lens onto culture and the transforming fabric of the society. Defined by sharp contrasts between uber modernity and ancient tradition, Indian style is best portrayed in a mixing of Western and ethnic fashions.

Today, kurtas are worn with jeans or redefined as linear, minimal dresses, saris are reinvented as ‘sari-gowns’ or styled with sharp blazers, fancy belts and classic white shirts, and lehengas are given peplums and kick flares.
Unlimited permutations of garments, colour and decoration allow individuals to explore their Indian identity. This way, Indian fashion produces modernity as much as tradition, one of the unique characteristics of the national style, which has been taking the world by storm for quite a few years now.

While the globalization of Indian fashion seems a relatively new trend, its roots date back to the early 1980s, when fashion designer and entrepreneur Bina Ramani stepped into the world of glitz and glamour.

Bina Ramani’s stint at fashion began with semi-precious jewellery, much before she tried her hand at fashion designing. While living in the US and working for Taj Hotels, she dressed Mrs Lillian Carter, mother of the then-US President, Jimmy Carter, in an Indian attire, for the opening of Raga, an Indian restaurant by The Taj Group.

“Miz Lillian decided she wanted to attend the opening wearing a sari, along with chappals and bindi on forehead. The challenge of dressing Miz Lillian fell upon my own wardrobe. I proposed a turquoise sari set from my trousseau that I had never worn,” says Bina Ramani in her book, Bird in a Banyan Tree.

Upon her return to India, Ramani started an export business, which soon turned into one of the first full-fledged fashion houses of the country, earning her the sobriquet – ‘The Godmother of Fashion in India’.

“My fashion focused on first of its kind East-West fusion creations and Hillary Clinton and Sonia Gandhi came calling, and were soon a part of my clientele. It took the US by storm in 1988, when the wives of 12 USA senators adorned Indian attire for the charity event she had organised for Washington DC’s most prominent residents. A sense of achievement and gratification got me on a fast track – gave me rapid visibility.” says Ramani.

There has been no turning back for Indian fusion wear from the global stage since then. This is quite evident in the reinvention of the national favourite— sari, the most traditional of Indian garments. Fashion designers like Arjun Saluja and Kallol Datta have recreated the sari by infusing Japanese design concepts of deconstruction, or tailoring it in Western ideas of cut and construction.

Formed by a culturally diverse population and rich cultural heritage, Indian fashion today is being redefined by the designers through the blend of a vast array of influences. However, the credit for developing a design language as surprising and intriguing as India itself, lies with none other than Bina Ramani.

India’s fight against Corona will determine its future at the global stage
MAISON for Millennials: Sharing the magic of International brands with Indian youth
Comment