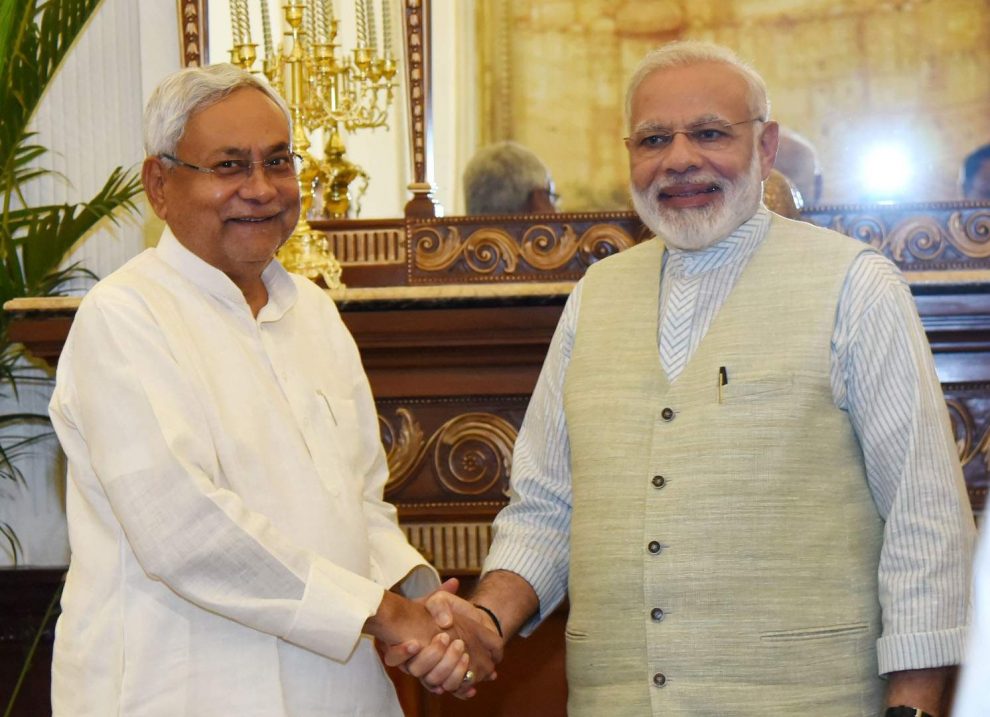 The National Democratic Alliance (NDA) in Bihar has already begun the preparations for upcoming Lok Sabha poll in May 2019. Excitingly, both the alliance partners, Janta Dal United (JDU) and Bhartiya Janta party (BJP) have separately launched a mass contact programme to reach out voters.

Bihar is utterly important for BJP-JDU combine, in the assembly elections held in 2014, NDA won an astounding 31 out of 40 Lokh Sabha seats.

“We are in alliance and 40 seats of Lok Sabha in Bihar cannot be taken for granted,” says a BJP leader from Bihar. Moreover, the contact programmes would strengthen the alliances to help each other coordinate at the booth level better.

Interestingly, the JDU is also planning to organize a meeting of its volunteers and party workers with an aim to strengthen the organizational network in all the 243 constituencies of Bihar.

“It is the responsibility of every political party to strengthen its organizational network and JDU is exactly doing what is required so that we have people or volunteers in every polling booth. The mass outreach programme would give us an opportunity to talk about the work done by the state government under the leadership of chief minister Nitish Kumar,” said a senior leader of JDU.

JDU has always faced condemnation following the fact that they are dependent on either BJP or Rashtriya Janata Dal (RJD) members at the level of polling booth. Therefore, a concentrated effort to develop organizational network is JDU’s focus, who looks to shut these criticisms.

With RJD Chief Lalu Prasad being convicted in the fodder scam, the JDU leadership is trying extend its social base. They believe that people of Bihar now want development and JDU is confident that people would choose development and good governance over caste differences.

It would be interesting to see if JDU can deliver what’s expected of them in Lok Sabha polls next year, or will it be the support of bigger parties that keeps them in power.

For more results on Politics and news, visit Storypivot.com