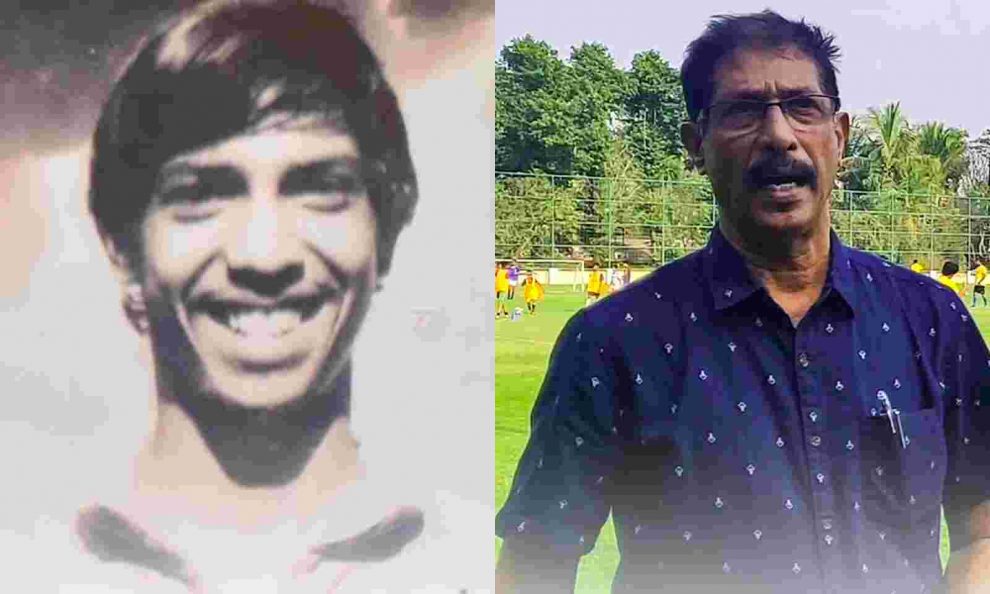 “You never get tired to serve the sport if you have that passion for the game,” said Brahmanand Sankhwalkar, Indian goalkeeper and a football legend. The tall framed scrawny boy played his first football match as a goalkeeper at the tender age of eight for the Marathi division of his class against the English division boys.

His team won the game by 2-1 and the youngster felt something like never before, as he said, “I felt satisfaction playing between the two stones. Collecting the ball gave me happiness. Everyone praised me after the match. I can’t describe that feeling.”

This was the moment Sankhwalkar decided to make it big in football, as a goalkeeper. He started his football career in 1970 with Panvel sports club against Goa Shipyard in a 6-3 win and gradually leveled up with another match.

In 1973, he played Santosh trophy for Goa and later signed for the Indian senior national team in 1976. Brahmanand was nicknamed as ‘Leopard’ while on India’s goodwill tour to Zambia in 1977. He captained the Indian team in the 1983 Nehru cup and led until 1986.

The 67-year-old currently serves as the chairman of the Goa Football Development Council (GFDC), a government body that oversees grassroots and player development in the state. As a man who contributed much to the sport, he said, “It never wavers no matter how old you get.

I want to continue in football and wish to serve to the best of my abilities for long as I can. It’s all for the love for the game.”

Recognizing Sankhwalkar’s 25-year long prosperous career in football, the Central government of India has awarded him with the fourth highest civilian award in the country, Padma Shri, for his exemplary performance on the field and service to the game even after he retired.

On receiving the award, Brahmanand said, “To be rewarded with Padma Shri is an enormous honor, not just for myself, but for the entire football fraternity. I dedicate this to the almighty, my parents, family, and the football fraternity who backed me all through my career.”

Sankhwalkar believed spirituality to be one of the key factors to keep him focused. Before any big decision or moment, he always practiced inhaling and exhaling routine to keep himself calm and senses sharpened.

Bhagwat Gita was a part of his football kit since the club days, tournament tours, and national camps.