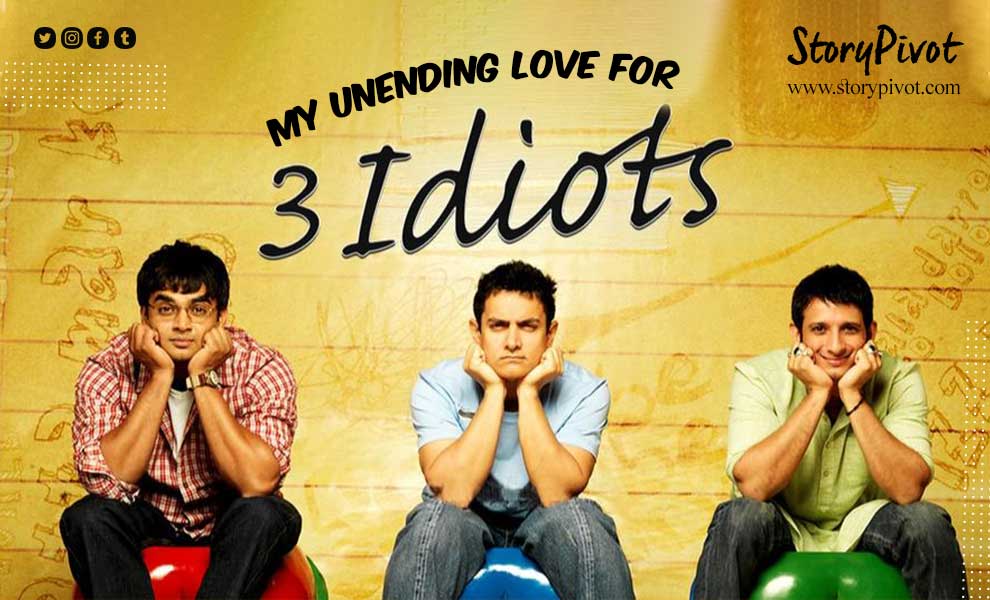 After a long hectic week, finally on last Saturday, I enjoyed ‘me time’ when my family had to go to a relative’s place for dinner. I treated myself with a pizza while lying on the couch and watching 3 Idiots on prime. Although I have seen this movie hundreds of times now, yet it has never failed to lighten up my spirits in each watch.

Earlier, my takeaways were different while I watched it as a student but this time what struck me was Joy’s role in the movie. Ali Fazal performed phenomenally in his brief appearance wherein he emphasized on the most crucial aspect of a student epoch. In the movie, the guy succumbed to prevalent cold blooded education system, leaving the entire family into pieces. He was a brilliant student who invented drone in the movie which could have been useful in the times to come. His suicide not only ended his life but took away his father’s last hope, his family’s dreams & their future. What I don’t understand is “Why”- the consequences of completing a degree in five years instead of four did not strike him. At the most, the success that had to come could have taken a little longer but what stopped him from lingering on? The notion of self- destruction startled me as, sadly, the movie showed the realm/reality of society.

This movie 3 idiots highlights the major loopholes of our education system in the area of mental health issues. Nobody can ever judge the level of stress any child is dealing with and hence, the matter should be addressed empathetically. Every educational institute should incorporate a student counseling arrangement to which a learner can resort to in tough times. Besides, families should shape up an environment where a child feels free to talk and does not shy away in discussing his/her apprehensions.

I discussed this aspect with my husband and we are both determined to initiate open conversations with our children. This made me realize how important it is to spend some quality time with each other.

Let’s never forget, when situation is beyond control and gives unprecedented outcomes then the solution does not lie in stressing out, harming us or others but in staying strong. So, at any point of time in your life if you face a fear or expect anything wrong then put your hand on your heart and say aloud ‘aaall izz well’.

From Dropout to BAFTA Indian Ambassador: The Inspiring Journey of A.R Rahman
Mapping the evolution of Music Education in India
Comment