From Eisenhower to Trump: Timeline of US Presidential Visits to India 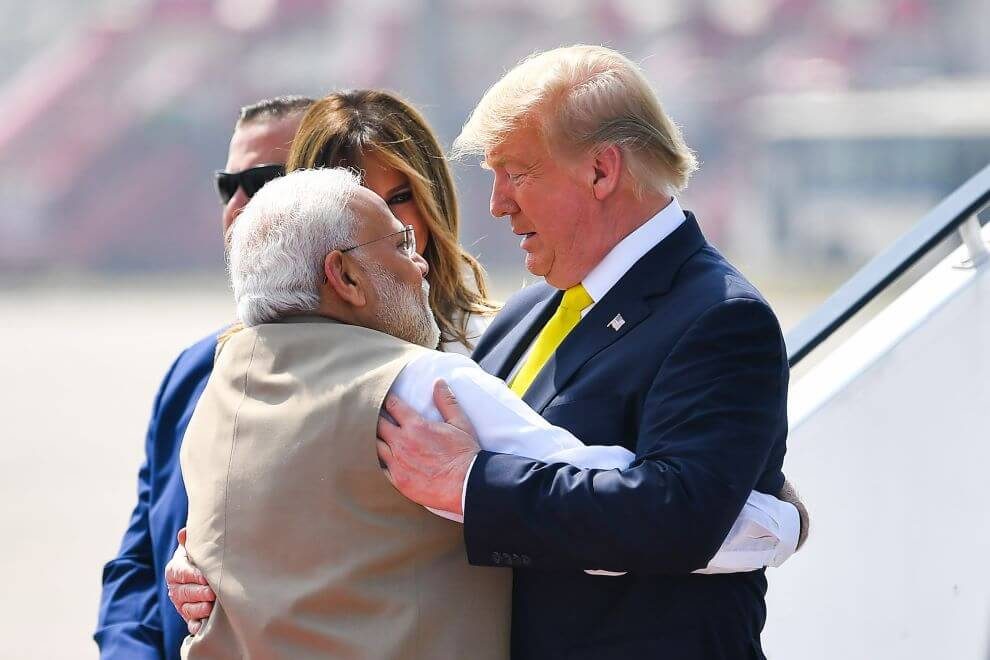 With US President Donald Trump’s convoy landing in Ahmedabad’s Sardar Vallabhbhai Patel International Airport on February 24, he becomes the seventh head of United States to make a presidential visit to India. His visit was probably the most thrilling in the history of the two nations. On the pattern of last year’s ‘Howdy Modi’ event in Houston where PM Narendra Modi addressed a huge crowd of Indian-Americans, India hosted ‘Namaste Trump’ witnessed by over 100,000 people.

Travelling down the memory lane, we bring you the timeline of United States’ Presidential visits to India

Dwight Eisenhower was the first United States President to pay an official visit to India from December 9 to 14, 1959. It was an iconic moment in the Indo-US relation with the POTUS receiving a 21-gun salute at the Airport in Delhi. Before visiting Taj Mahal, Eisenhower addressed the parliament.

On July 31, President Richard Nixon came to India for a 22-hour visit when the tensions between him and Indira Gandhi, India’s PM was at peak. It was not a very memorable trip and resulted in close to nothing, since less than two years later, Nixon sided with Pakistan in the war of 1971.

With an ambition of breaking the ice between India and the US after the 1971 war and 1974 nuclear test, POTUS Jimmy Carter came to India on a three-day visit. In addition to addressing the parliament, he called for India to sign Nuclear Proliferation Treaty (NPT) that didn’t go well with the Indian government led by PM Morarji Desai.

Bill Clinton’s visit after over two decades of a US President Trip to India was a major event in the India-US relationship. It was the time when the world has started taking note of India’s rising economic and military might. During the five-day visit, President Clinton visited several tourist destinations including Agra, Mumbai, and Jaipur. PM Atal Bihari Vajpayee had earlier welcomed his intervention in the Kargil War.

Barack Obama is the only US President who has visited India twice – 2010 and 2015. In his first trip, he pushed for strategic partnership with India with announcement of lifting of export controls on high-tech gadgets. He also backed India’s permanent seat in the United Nations.

Barack Obama was the chief guest of 2015 Republic Day celebration – marking a big moment in the India-US relations.