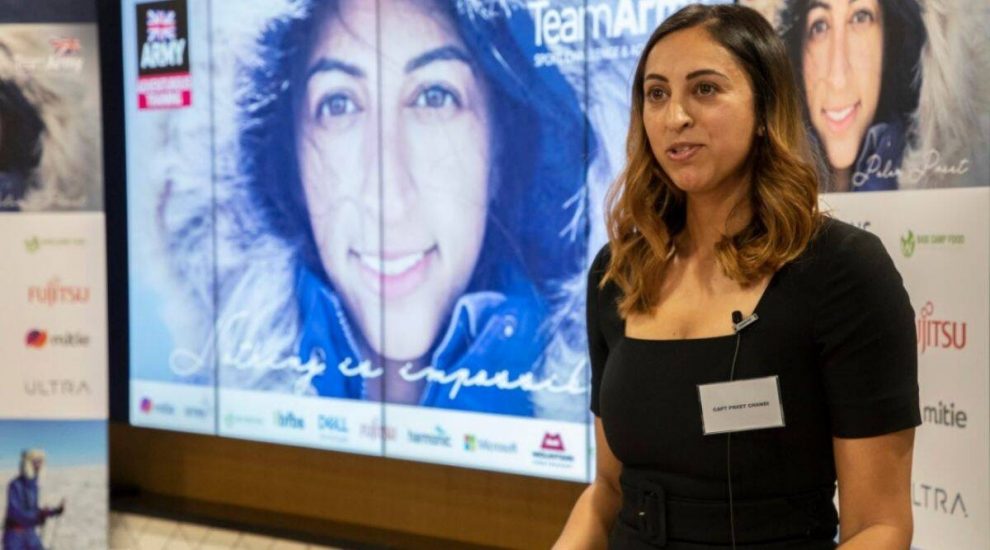 “I have been told ‘no’ on many occasions and told to just do the normal thing’, but we create our own normal,” said Harpreet Chandi while on her 700 miles-long trek to the South Pole. Also known by the name Polar Preet, she is the only Indian-origin woman to fulfill her dream of completing this unsupported solo trek in just 40 days along with pursuing her part-time master’s degree in Sports and Exercise Medicine at Queen Mary’s University in London. An Indian-origin British Sikh army female officer and a physiotherapist by profession, has created history with this solo trek, battling temperature of -50 degrees Celsius and wind speeds of around 60 mph, while pulling a sled with all her kits in it.

Chandi trained herself by dragging heavy tires behind her back to simulate the sled pulling, she underwent crevasse training in the French Alps, trekked across Iceland’s Langjokull Glacier, and spent 27 days in Greenland on the Ice Cap. Following her achievements, UK Defence Secretary, Ben Wallance, also congratulated her.

She was posting the audio blogs throughout her journey along with a live tracking map of the trek to keep her followers updated on her progress. The day before the completion she wrote, “It definitely feels colder in the last degree where I’m at higher altitude. I haven’t seen anyone here in the last degree and now I’m 15 nautical miles from the South Pole. I can’t believe I’m almost there.” Each of her blog posts could tell the hardships she was going through and that motivation to reach the snow-capped region.

On January 3, 2022, she reached the South Pole and took to Instagram to share her success story and wrote, “I made it to the South Pole where it’s snowing. Feeling so many emotions right now. I knew nothing about the polar world three years ago and it feels so surreal to finally be here. It was tough getting here and I want to thank everybody for their support.”

“You are capable of anything you want. No matter where you are from or where your start line is, everybody starts somewhere. I don’t want to just break the glass ceiling; I want to smash it into a million pieces,” she added.

One of her blogs also talked about her plans for marriage with her fiancé David Jarman, when she returns back to England. Her excitement could be seen with one of the craziest calls for bridesmaids, which she made on Instagram, as she wrote, “I read somewhere that when you ask people to be your bridesmaids, it’s nice to do it in a special way, so all the way from Antarctica I would love nothing more than for you all to be my bridesmaids – Sonia Chandi, Rachel Tucker-Norton, Kamal Dhamrait, Tig Bridge, Hannah Sawford (or Hannah Smith now) and Collette Davey.”

Harpreet Chandi’s successful and surreal expedition will keep encouraging people to push their boundaries and believe in themselves without being labeled a rebel.