Industry 4.0 to be the turning point for Indian Manufacturing Sector 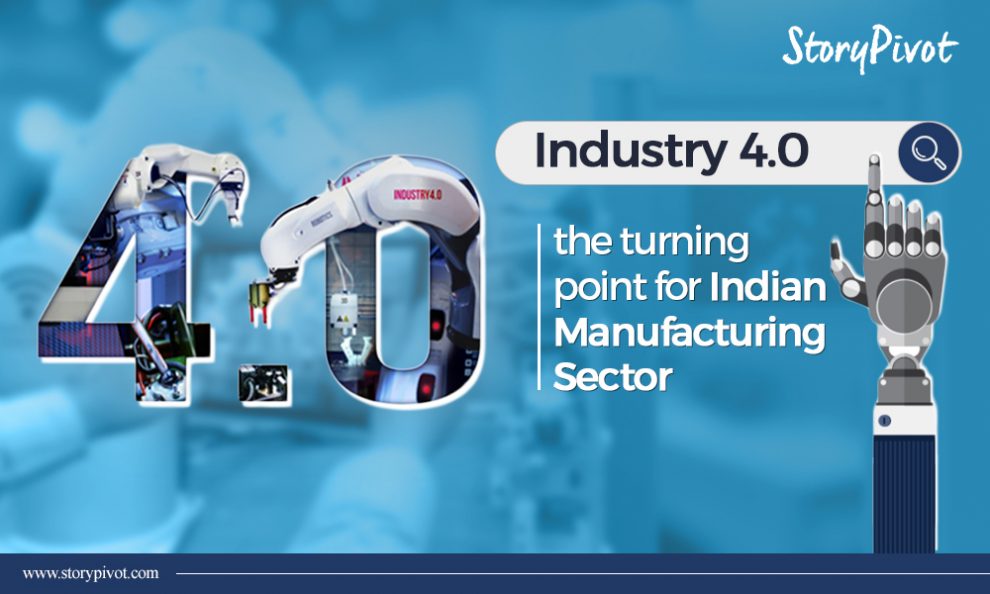 Industry 4.0 is on its way to gain popularity and progressive improvements in cyber-computing capabilities. The real and virtual world’s gap has been narrowed down now by the new and advanced technologies like Artificial Intelligence, IoT, etc. The term ‘Industry 4.0’ refers to the strengthening of the physical domains associated with AI, IoT, Cloud computing, AR, 3D printing, etc.

The 4.0 industry is influencing sectors namely supply chain management, construction, manufacturing, shipping, among others, and would impact all the aspects of our everyday activities.

Evolution of the 4.0 Industry

In the 18th century, the first wave of the industrial revolution came into practice. The use of steam generated power and mechanization of production became a common practice which transformed the manual labor-based industries into machine influenced, increasing human productivity.

The industry to attain immediate benefit by this revolution was the textile industry. This industry replaced the traditional handmade textile products with machine-based one for mass production.

A century post Industry 1.0, the 2nd Industrial Revolution (Industry 2.0) came into existence. Beginning with the advent of electricity and the assembly line production using the conveyor belts, the 2.0 looked like an advanced and improved step towards growth.

Henry Ford utilized the assembly line concept for mass production in automobile manufacturing which became the tipping point of the industry.

The 3.0 industry was marked though innovation in the world of electronics, with computers and memory-programmable in the late 20th century.

The digital process automation enabled a production process without human intervention and the use of robotics increased.

The 4th industrial revolution, Industry 4.0 was influenced by hi-tech innovations. This brought the cyber physical systems together, such as smart machines capable of exchanging real-time info over the industrial internet of things (IIOT) in regards to the decision-making process.

Industry 4.0 is the horizon for many state-of-art technologies such as 3D printing, Cloud computing, Artificial Intelligence, Big Data science, IoT, Drones, Communications, 5G etc. These all help elevate the ability to enhance productivity in the process of manufacturing.

Indian Perspective on this revolution

In the year 2018, the Centre for the Fourth Industrial Revolution was set up by the World Economic Forum in India to work in collaboration with GoI. The designated nodal agency to interact with the World Economic Forum for elaborating the new policy frameworks for emerging technologies is the National Institute for Transforming India (NITI) Aayog.

The GoI has made the enabling policy framework and set up capitals for infrastructure development on a PPP (Public-Private Partnership) model.

Samarth Udyog Bharat 4.0 (Smart Advanced Manufacturing and Rapid Transformation Hubs) under the Department of Heavy Industries (Ministry of Heavy Industries & Public Enterprises) is India’s initiative to flourish the Industry 4.0 implementation with a prime focus on propagating technological solutions to Indian manufacturing units by 2025 through steps such as the awareness programme, training, demo centers etc.

India’s National Manufacturing Policy (NMP) aims at enhancing the share of manufacturing in GDP to 25% and Industry 4.0 is the only way ahead to achieve this task.

“The Fourth Industrial Revolution is not about new Apps or new technologies. It is about a new era, new ways of thinking and new ways of doing business.” ― Nicky Verd, Disrupt Yourself Or Be Disrupted.