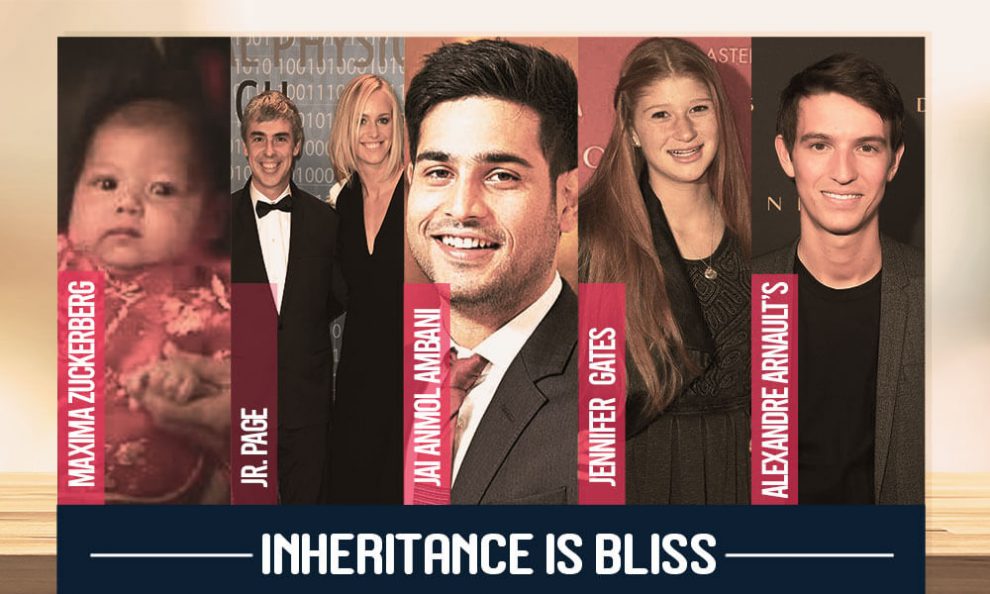 Imagine being born into blue blood and living your entire life with strong financial support and a butler. Cool, right? Well, snap out of it because unlike the lucky heirs, we weren’t born with a silver spoon. Without further ado, let’s kick off our list with the youngest heir who will soon inherit the multi-million $ business!

Born in 2015, Maxima is the eldest daughter born to the social networking king, Mark Zuckerberg. Only 5-year-old with the weight of the biggest social networking site on her little shoulders, a bit too much, don’t you think? Here’s hoping she does good by her father.

Larry Page, co-founder of Google, is so secretive that nobody knows whether his second born is a boy or a girl but we’re sure the eldest is a boy. Nobody knows his name either. Anyhoo! Larry Page is great in what he does and we’re sure his son will be no less! We’re rooting for you Jr. Page!

Son of the chairman of Reliance Group, Jai Anmol Ambani, is the next in line to follow his father’s footsteps. He must’ve got a free talk time for his calls just for being the chairman’s son. What a fortune!

The eldest of Bill Gates is an accomplished equestrian and the next in line to inherit the massive fortune of 96.5 bn $. It won’t be as easy as horse riding but it couldn’t be that hard, right?

Bernard Arnault’s two children are already a part of his company and the eldest, Alexandre, is likely to be inheriting the company’s fortune. The only one not involved in the company is his youngest, Jean.

A big misconception is that heirs have it easy. However, filling in the shoes of someone else is a challenge that is harder than it seems. We hope they do right by their duties and responsibilities as rightful heir. Good Luck to them!