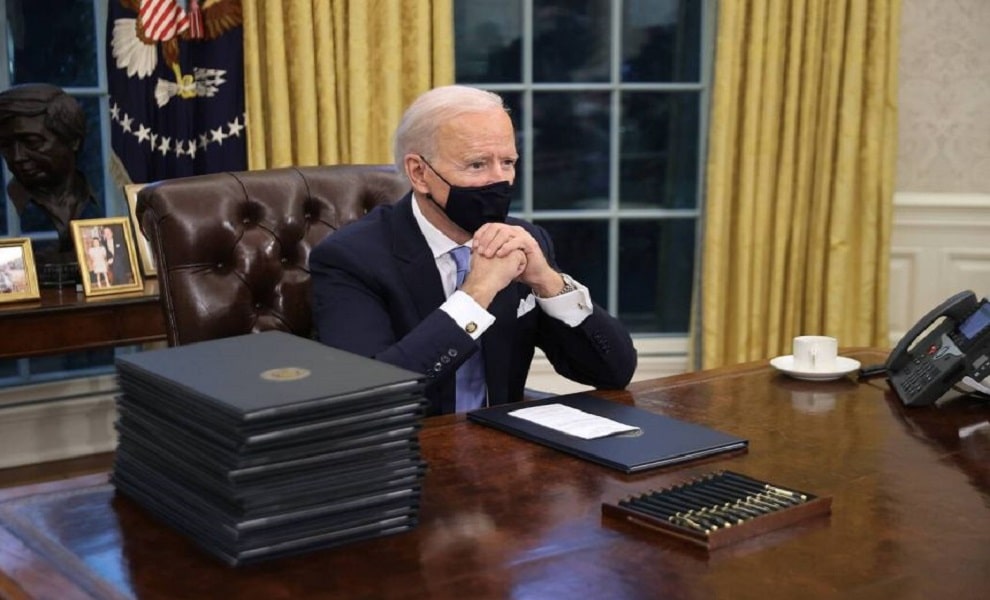 Joe Biden’s first week at The Oval Office included a series of agreements, decisions, and memorandums that aim to improve the current economic and humanitarian condition of the US. The new president had a busy first week dismantling the Trump legacy (no surprise) through the following significant changes:

Biden signed an agreement for the re-entry of the US in World Health Organization (WHO) with Dr. Anthony Fauci as the leader of the dedicated US team. He believes that the presence is imperative to tackle Chinese dominance and running away is not an option.

In the next 30 days, the United States will officially join 187 other countries in the Paris Agreement on climate change. As per the accord, members commit to maintaining global temperature rise below 2 degrees Celsius above pre-industrial levels. Various departments have been directed to revise the industry standards pollution levels, gas emission levels, efficiency ratings, etc, that harm public health.

2017 travel ban on people from 7 Muslim countries including Iran, Iraq, Syria, Somalia, Yemen, Libya, and Sudan has been removed and the State Department was directed to restart visa processing. Two other immigration associated orders include a halt in the border wall construction with Mexico and improving Deferred Action for Childhood Arrivals (DACA) program for ‘Dreamers’ ie. no immigration for people brought to the United States as children.

Also Read – US vs China: The ‘Space’ Power Struggle

Made In America initiative

An executive order signed by Biden aims to foster American manufacturing as a part of the economic revival. The order reduced waivers granted on federal purchases of US-made goods along with suturing the loopholes for the purchase of products. Furthermore, Made in America initiative will get a separate division at the White House Office of Management and Budget for effective implementation and transparency.

Lastly, Biden crushed Trump’s ban on transgenders serving in the military stating that gender should not be a bar if an individual wants to serve the country.

The ‘imposing’ new home of VP Kamala Harris is no less than a modern-day mini-castle
US vs China: The ‘Space’ Power Struggle
Comment