KBC 13 winner Geeta Singh Gour, Rs.1 Crore & we have all the details! 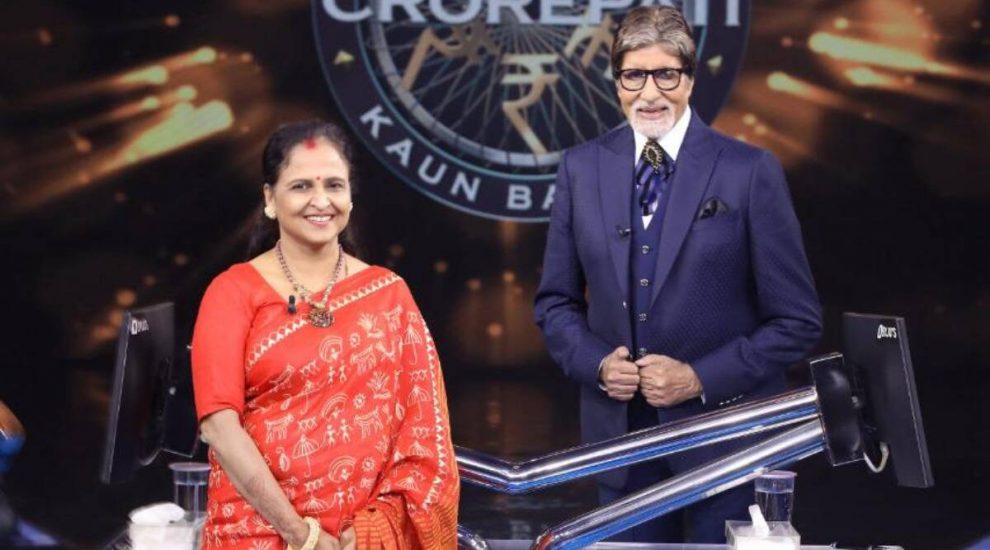 This is the place to be for the juicier deets on KBC 13’s latest winner of Rs.1 Crore, the rollover contestant a homemaker Geeta Singh Gour hailing from Gwalior.  Mr. Amitabh Bachchan started the quiz show by conversing with her about her future plans. Share quipped that she would like to learn cycling as she doesn’t know cycling yet. Not only that, she would begin farming and also learn English. Geeta had bagged Rs.40,000 in the previous episodes and had not utilized a single lifeline.  Big B continued the show with her and presented her the first episode for Rs.80,000.  A picture of Mehbooba Mufti was shown to Geeta Singh Gour and the question posed was: “Which party does she represent? “ The right answer was: Jammu and Kashmir Peoples Democratic Party. She answered it perfectly and won the amount.

Geeta felt stuck on the upcoming question and utilized her first lifeline for Rs.1,60,000 question: Which part of a Kabir Doha forms the title of a play by Bhisham Sahni? She opted for Audience Poll and aptly answered it. The correct answer was: Maange Sabki Khair.

Geeta proved her mettle and answered the upcoming questions sans any lifeline and managed to win Rs.6,40,000. Big B chatted with Geeta and praised her attire and also the Rajputana Poshak that she wore to the previous episode and she gushed that she preferred wearing unique types of embroidery from different parts of India.

Mr. Bachchan was impressed by Geeta when she correctly answered the forthcoming question for Rs.12,50,000 again without using lifeline and the show host just went to sing her praises. Big B asked Geeta about the reason why she doesn’t subscribe to the thought of Kanyadaan and she went on share her beliefs.  She told Big B that she hasn’t done Kanyadaan of both her daughters and instead performed Parigrah Sanskar. Geeta said that daughters aren’t any sort of daan (charity) to be given away and her husband backed her decision.

After a string of questions, they reached the threshold of Rs.1 Crore and she once again startled Mr. Bachchan by answering the question correctly without using any lifeline. Big B made an announcement that she had won Rs.1 Crore and told her to meet her daughter sitting in the audience.