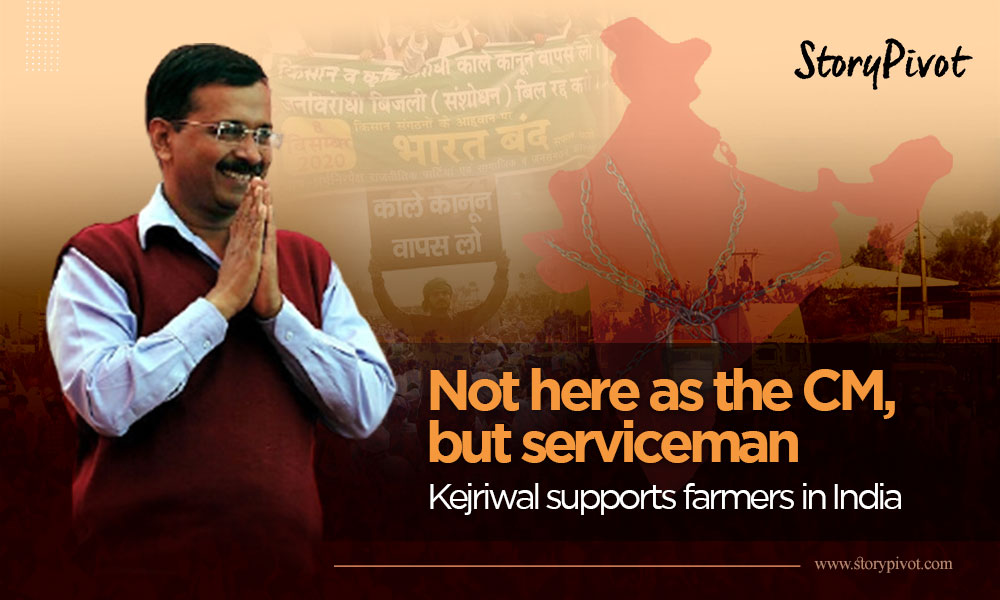 On Monday, Delhi Chief Minister Arvind Kejriwal reached the Singhu Border to check over the arrangements made by his party and extended his formal support towards the farmers in India. This was followed by Aam Aadmi Party’s official announcement in support of the ‘Bharat Bandh’ scheduled on December 8.

Kejriwal said, “We are working as servicemen. I have not come here as the CM, but a serviceman. It is our responsibility to support farmers.” He added that despite immense pressure, his government did not give in to the permission of converting into stadiums makeshift jails.

Furthermore, it was assured that AAP MLAs and ministers are doing everything in their power to ensure zero problems for the protesting farmers. This includes toilets, kitchens, and over 25 tents at multiple sites such as the DDA Ground in Burari. However, in a press conference scheduled hours after Kejriwal’s visit, Union Law Minister Ravi Shankar Prasad showed an official notification released by the Aam Aadmi Party that supports the implementation of new farm laws. The law minister attacked Kejriwal on his support and its timing.

He said, “New Agriculture Act was notified by Delhi govt of Arvind Kejriwal on 23rd November 2020. On one side, he is opposing this law and on the other side, he is implementing it in Delhi by issuing a notification.”

Since the last 10 days, thousands of farmers in India have been protesting at the Singhu and Tikri border against the farm bills enacted by the central government. These bills have become laws owing to the majority vote in Lok Sabha and Rajya Sabha along with President Ram Nath Kovind’s assent.

Nearly 50 farmers will convene for the sixth round of discussion with the government representatives on Wednesday – one day after ‘Bharat Bandh’. According to the Bharatiya Kisan Union, the shutdown will be active from 11 am to 3 pm on Tuesday as they aim to conduct a peaceful protest.

Political angle in farmer protests: A reality or a misinterpreted notion?
Caught up in Controversies: Ban on PUBG may not entirely be politically motivated
Comment