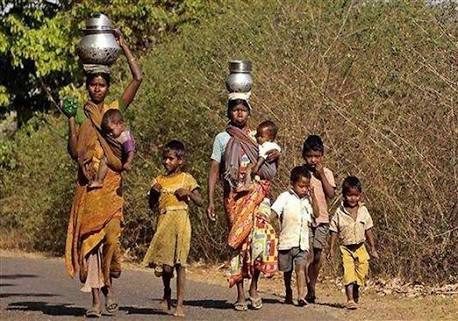 Asset poor population in India witnessed improvement in terms of ownership of common durables in the major states between 2005-06 and 2015-16. The bottom twenty percent population of a state in terms of ownership of durable assets makes the asset poor class. The gap between rich and poor in India can’t be resolved without immediate financial policies.

Due to the wide regional differences in the level of ownership of assets, the asset-rich in one state can turn out to be asset poor in another. For instance, an asset-rich individual in 2015-16, belonging to the top ten percentage, might match up to the similar level of an asset-poor person in Punjab’s bottom 20 division in terms of ownership of durable assets.

The economic condition of the poor percentile in India can be enhanced with increased accessibility to good quality basic social services like electricity, easy access to clean and regular water, banking, and sanitation. Such advantages towards the well-being of the Indian poor will ensure increased income levels which would enable them to buy durable assets and in turn increase their participation in the economy.

The data collected from 2 rounds- National Family Health Survey (NFHS) in 2005-06 and 2015-16, stated that asset poor of Punjab and Kerala received the highest facilitation of basic services in 2015-16, amongst asset poor of prominent Indian states. Towards the better end, prosperous states like Andhra Pradesh, Haryana, and Tamil Nadu have substantially enhanced the facilitation of basic services to their poorest twenty percent population from 2005-06 and 2015-16. Moreover, Rajasthan and West Bengal were able to quash their ‘worst-performing title in terms of delivery of basic services to the asset poor.

As the betterment of the asset poor is becoming a priority agenda for governments across the nation, we expect improved results from the upcoming release of NFHS-5 2019-20 unit-level data.

TagsIndia kerala vs up poverty poverty in india rich and poor