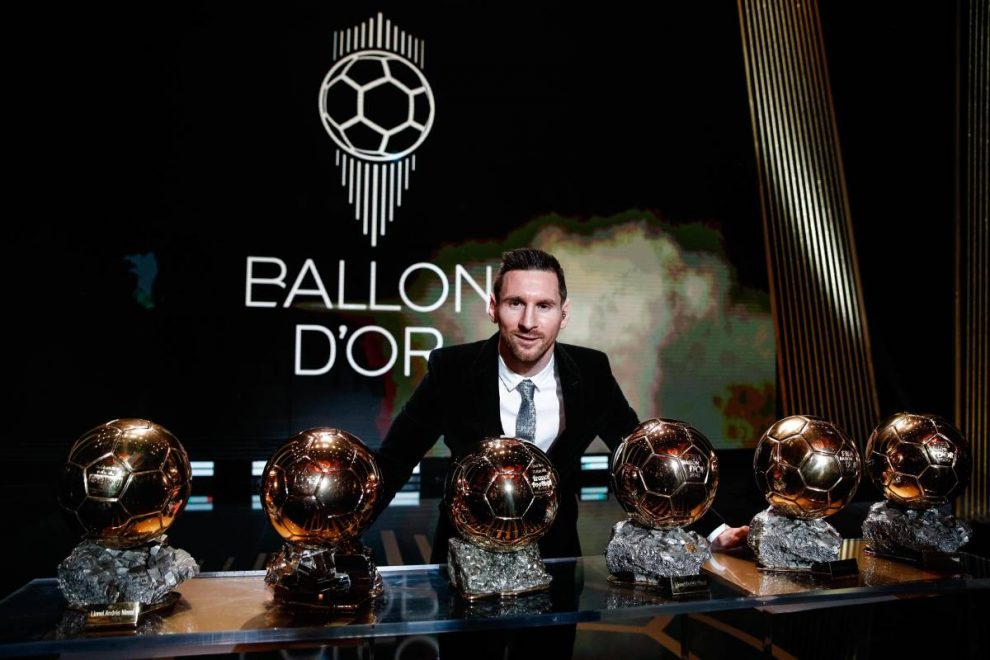 Barcelona’s great Johan Cruyff had once said, “Lionel Messi has already won two and he will be the player with the most Ballon d’Or in history, being the player that he is, he can still win many more. He will win five, six, or seven.” This prophecy turned into reality when Lionel Messi won the Ballon d’Or title for the seventh time on November 29, 2021. On receiving the award, he expressed his gratitude by saying, “Today I’m here in Paris. I am very happy, really very happy, I really want to continue to fight and reach new objectives. I don’t know how many more years but I am really enjoying myself. I thank my teammates at Barça, Paris & Argentina.”

Messi’s closest opponent, Robert Lewandowski finished 33 points behind him in 2021 but was still voted highest for the ‘striker of the year’ title. France Football (the French news magazine that presents the award), skipped the Ballon d’Or last year in 2020 due to a coronavirus pandemic when Robert Lewandowski was agreed as the award’s big winner.

Although Messi was praised for his record-breaking win of the ‘Golden Ball,’ his achievement also escalated many controversies. Some football experts believed that Robert Lewandowski deserved to win the trophy after France Football’s decision not to give out the prize in 2020. This add-on to his cabinet made him two Ballon d’Or ahead of Cristiano Ronaldo, who also appeared to criticize the decision, “for Cristiano to win this prize he has to be 300% unquestionable. With Messi, it’s the other way around. He can do a low-key season, way below, they’ll always find a way to favor him and give him the prize.”

Messi mentioned Lewandowski’s deserving Ballon d’Or title in his winning speech, as he said, “Robert, you deserve your Ballon d’Or. Last year, everyone was in agreement to say that you were the big winner of this award. Hopefully, France Football will give you the 2020 Ballon d’Or. We all believe you deserved it and I hope you can have it at home.”