Love Story of a billionaire, Akash Ambani and Shloka Mehta 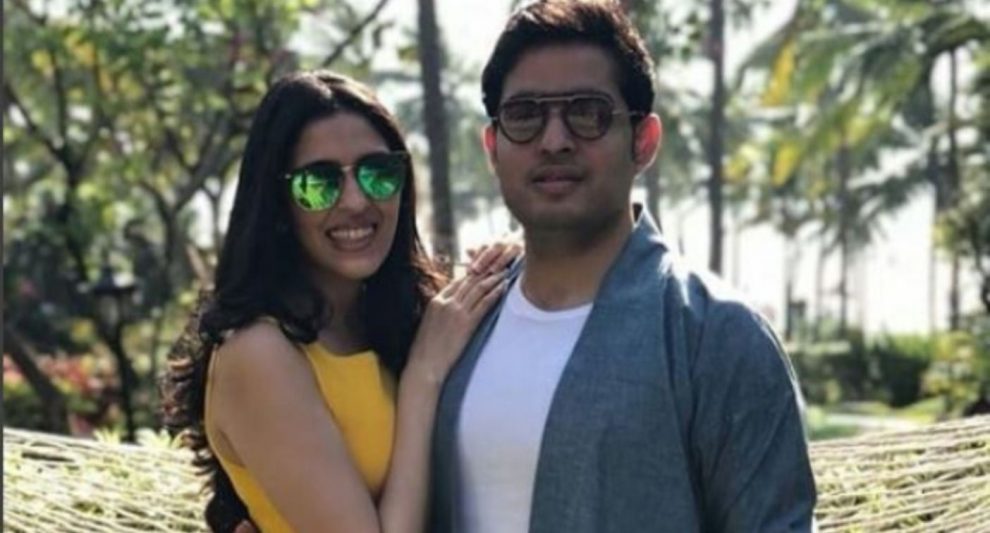 The eldest son of billionaire Mukesh Ambani and Nita Ambani, Akash Ambani, and the daughter of diamond magnate Russel Mehta, Shloka Mehta, took over the media with their informal engagement that happened in Goa, on March 24, 2018.

The families of the two met in a lavish five-star resort when Akash Ambani went down on his knees to propose her childhood love for the marriage. The couple looked absolutely gorgeous, beaming in the breezy outdoors of Goa.

Akash and Shloka both went to the same school, Dhirubhai Ambani International School, and know each other since Kindergarten. Both of them completed their schooling together, in 2009. In fact, they started dating each other right after the board exams of the 12th standard.

The formal engagement of the couple has been planned for June. The couple was seen seeking blessings at Siddhivinayak Temple of Mumbai, along with their family on Sunday.

Akash Ambani, 25, is elder to three siblings – twin sister, Isha Ambani and younger brother, Anant Ambani. Besides, Shloka Mehta is the youngest daughter out of three children of Mona Mehta and Russell Mehta. Her father owns and runs one of the world’s largest diamond trading entities, Rosy Blue Diamonds.

After completing his graduation in Economics from Brown University, US, Akash Ambani started taking care of one of the fastest-growing ventures of the Reliance Group, Reliance Jio. 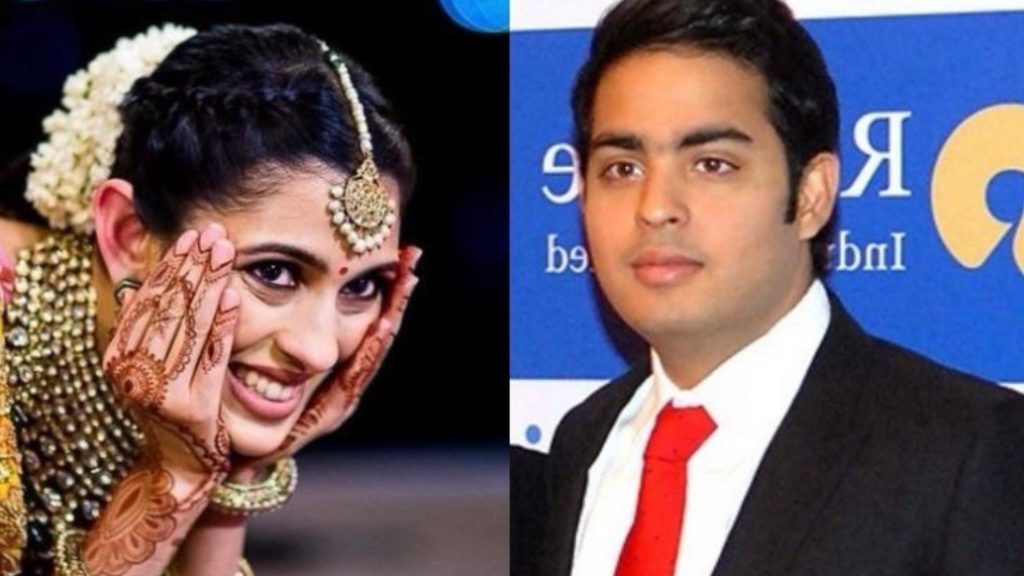 On the other hand, his lady love, Shloka Mehta studied Anthropology at Princeton University. She is also a major in Law, which she completed from the London School of Economics and Political Science.

At present, she is the co-owner of ConnectFor. This is a platform where volunteers work for NGOs on the basis of their skills and experience. Besides, she is the Director of Rosy Blue Foundation, which is owned by her father Russell Mehta.

Akash Ambani’s mother Nita Ambani once quoted a statement, “Mukesh and I have given a very strong foundation to our kids and even larger wings to fly – they have the freedom to make decisions for themselves and of course, choose whom they would want to spend the rest of their lives with. Marrying the one you love is gratifying and heart-warming. I have known Shloka since she was four and we are all delighted to welcome her to our home and our hearts.”

The wedding of this beautiful couple is expected to take place from December 8-12, in Mumbai. Moreover, the venue will be The Oberoi Hotel.

If there is one name which is doing rounds on the internet for quite some time now, it’s Shloka Mehta. After all, the new bahu of India’s richest man, Mukesh Ambani, and philanthropist, Nita Ambani, would surely grab eyeballs.

They later got engaged on 24th March’18 in a ceremony which took place at a five-resort in Goa. The very next day, the Ambanis and Mehtas visited the famous Siddhivinayak Temple in Mumbai. The pre-wedding parties were held by the Ambanis and Mehtas in St. Moritz, Switzerland at the end of February 2019. The events were attended by some of the biggest names in the entertainment and business industries like Karan Johar, Alia Bhatt, Aishwarya Rai Bachhan, among many more.

However, Shloka Mehta and Akash Ambani tied the knot, almost after a year, on 9th March’19. According to an interview with Isha Ambani, she said that Akash and Shloka were to get married earlier than her but he happily exchanged dates with Isha.

The former actress, Tina Amani who is married to industrialist Anil Ambani, posted a photo of herself with Ms. Shloka, on Shloka’s birthday on Sunday.

In a caption attached to the photo, she spoke of the happiness of being able to witness Ms. Shloka’s “blossom”. A beautiful girl, now a wonderful woman, wife, mother. It’s been a joy to see you blossom. Wishing you a year that brings every happiness and new discoveries. Happy birthday.”

Reliance Industries Chairperson, Mukesh Ambani, and Nita Ambani announced that they have become grandparents for the first time, as Shloka gave birth to a baby boy in 2020. The newbie mom, Shloka Mehta made her first appearance post delivering her baby boy, Prithvi Ambani, at the virtual AGM of Reliance Industries Limited.

Well, if this isn’t the dream wedding that almost every girl wants to have, we don’t know what is! We stan #AkuStoletheShlo, do you?