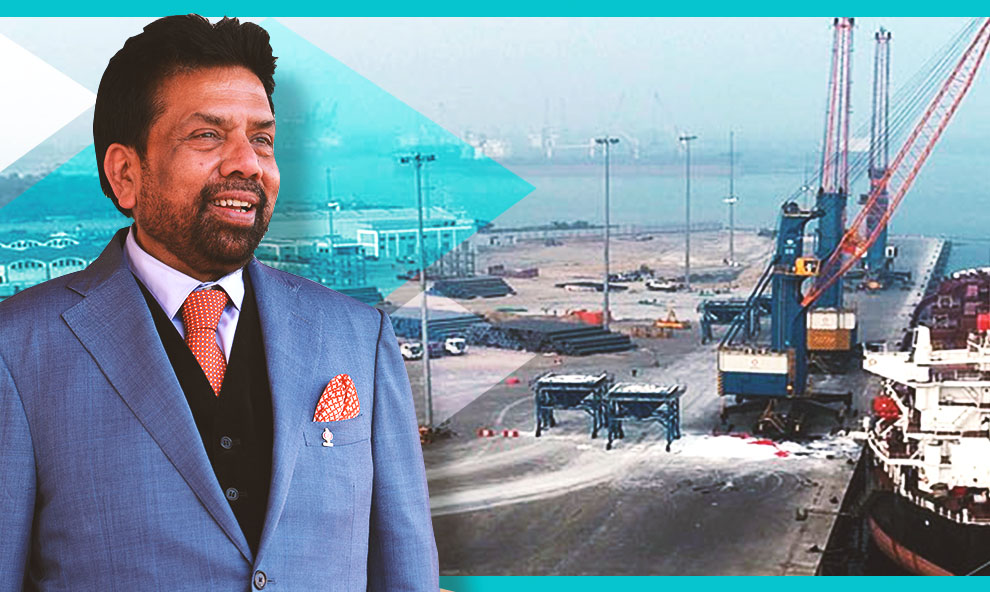 A dynamic and self-made entrepreneur – Mahimananda Mishra is the managing director and chief executive officer of Orissa Stevedores Limited (OSL). He is the scion of an aristocratic family of Odisha and is widely known for the remarkable achievements in his field.

Numerous prestigious awards and accolades bestowed upon Mahimananda Mishra reflect his sheer hard work, efforts, and dedication towards his work. He was honoured with the Best Entrepreneurship Award presented by Shri Naveen Patnaik, Hon’ble Chief Minister of Odisha.

Mishra was also well-acknowledged for his significant achievement of developing Gopalpur Port into a world-class port and felicitated with the Business Leader of the Year Award 2010 in an event organized by the Times of India and TAFLAS.

Under the aegis of Mahimananda Mishra, OSL Group was also awarded by the Paradip Port Trust for handling the maximum quantity of Cargo at Paradip Port and contributing to its growth during the Financial Year 2008-2009. The award was given by K. Raghuramaiah, Chairman of Paradip Port Trust. With exemplary export performance during 2005-06, 2006-07,2007-08 and 2008-09, OSL Group was declared as the “STAR EXPORT HOUSE” from 01-04-2009 to 31-03-2014 by the Ministry of Commerce, Govt of India.

In recognition of its export achievement for the year 2007-08 in Iron Ore Fines and Chrome Ore, OSL Group was awarded the certificate of merit by CAPEXIL. Its Paradip branch has been adjudged as the Best Stevedores for the year 2008-2009 by the Chairman of Paradip Port Trust.

An avid philanthropist, Mahimananda Mishra has always been steadfast in his commitment towards the environment, community and his employees. Working selflessly, he has created and improved the educational and medical facilities for the poor in several backward districts of Odisha, Andhra Pradesh and West Bengal. Being a guardian to his employees, Mishra stood by them like the head of the family during the COVID-19 pandemic and ensured that all their interests are well taken care of.