Mapping the evolution of Music Education in India 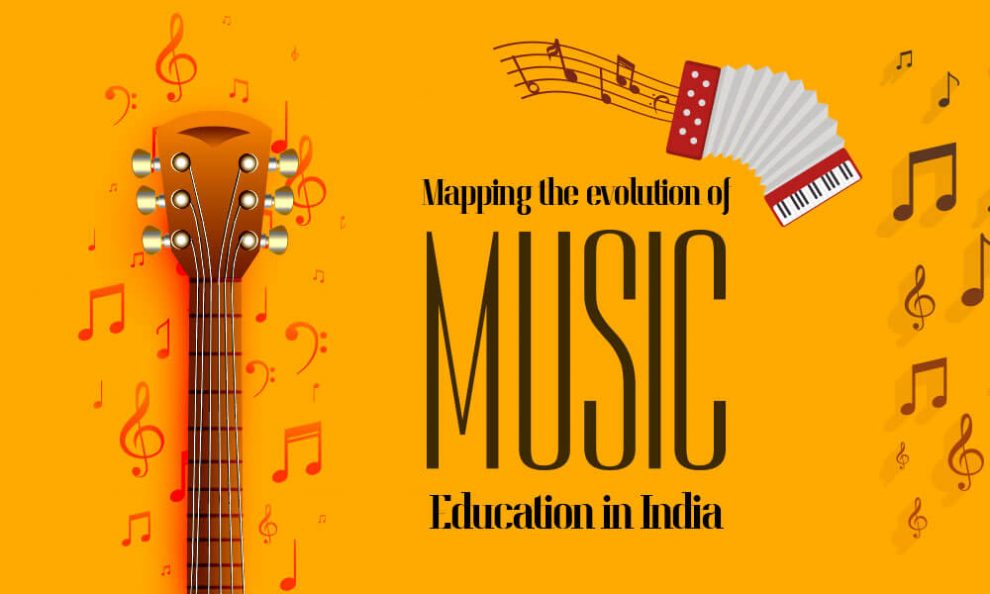 When it comes to music, India happens to be a uniquely blessed country. The land of guru-shishya parampara boasts of distinct musical styles that vary from region to region. However, being an academically-driven country, India experiences laxity when it comes to people choosing music as a subject of studies. However, according to industry experts, music education in India is still undergoing an evolution.

Owing to the country’s rich musical heritage, most of the music schools in India offer instruction in two distinctly established styles of Indian classical music – Hindustani and Carnatic. One of the top-ranking universities in the country – Delhi University, even offers degree courses from pre-bachelor to doctoral in both Hindustani and Carnatic musical forms. Other reputed universities such as the Banaras Hindu University and the University of Madras also offer various programs in these two genres.

Since decades, a majority of Indians have been obsessed with the mellifluous hymns of sitar and table beats. However, with the growing Western influence on media and culture, western music has been making great strides, and has found a special place in the heart of Indian music enthusiasts. Keeping that in mind, several educational institutions in India have also started offering courses of specialization in Western music.

For a country that has music embedded deep in its culture, India lags far behind when it comes to pursuing formal education in music. Industry experts opine that several people in our country are obsessed with their children’s academic achievements to such an extent that they do not even consider being a vocalist or musician as a career option. This is one of the chief reasons why the music programs offered by various Indian institutions have limited candidates.

Another reason behind the country’s reluctance towards opting for a career in music is the limited number of opportunities for making it big in the industry, and the struggle that follows in this field. A successful career in music, be it a vocalist or an instrument player, certainly requires a lot of time, hard work, dedication and patience. Since most people dream of reaching to the top quickly, without having to go through the entire process, they often end up believing that a career in music is unfeasible.

It is believed that there is a need for a holistic approach that addresses not just the basics of any musical genre but gives the students a more practical and complete understanding of the art, encouraging them to explore beyond formal instruction in the classroom. Also, more opportunities need to be created within the music industry in order to provide stable employment opportunities to those who are pursuing a course in music.

Our country is revered all across the globe for its rich musical heritage. It is time we, as Indians, embrace it too and start perceiving music as not just a hobby, but an interesting career option as well. We have excelled in the fields of science, technology, literature, sports and what not. Why should the artistic world of music be left behind?

Favorite Movie Memory : My unending love for 3 Idiots
The Macho of Maachis: Surreal-ity of Chandrachur from the eyes of an admirer
Comment