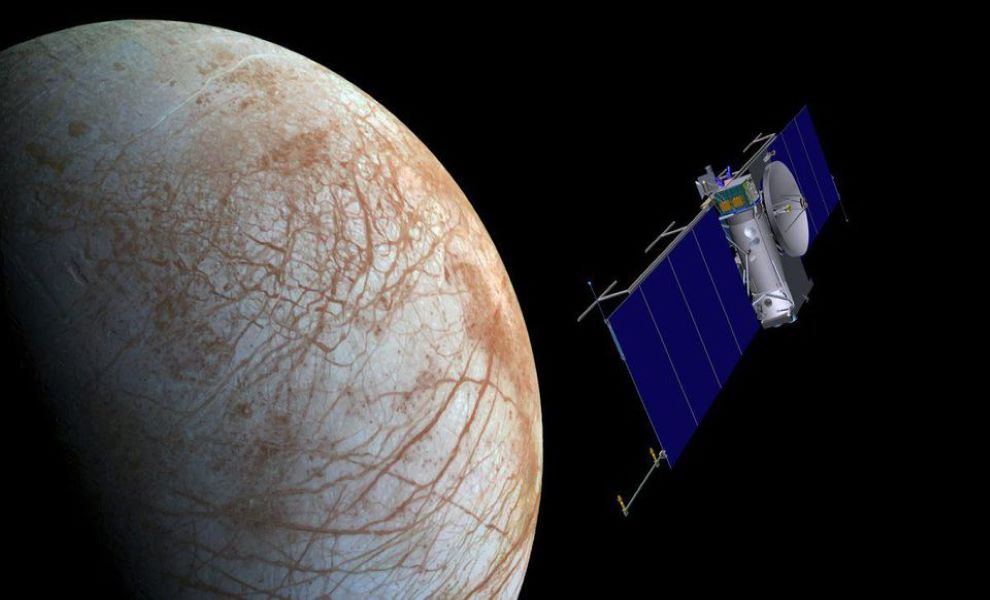 This time, the NASA spacecraft will make a journey to the mystifying moon of Jupiter called Europa which might reveal an ocean of liquefied water under the icy crust. It can be conducive for life which is yet to be discovered by the radiation-immune spacecraft to be sent on an expedition to the subsurface of the ice-bound moon by gyrating in Jupiter’s orbit.

After the Mars mission, the pursuit to make Europa Clipper a live project to capture various dynamics of the icy moon can be expected by 2024. The whirling spacecraft in Jupiter’s orbit will make 45 close encounters with Europa, capturing different locations each time, so that the entire surface is scoured.

NASA has selected 9 instruments to collect data with each brush-off with the celestial body. These would include:

The Hubble space telescope detected plumes of water over the South Pole region of Europa. If it is yet again confirmed, studying these vapors of water will prevent robust piercing of the icy surface to speculate the chemical composition of the possibly habitable environs.

To preserve the life of the spacecraft’s instruments and other electronics, they will be incased in a thick vault to decelerate aging caused due to entrapped radiation on Europa. The vault will be made of titanium and aluminum which would safeguard the inside material.

Scientists alarming humanity for the need to colonize other inhabitable heavenly bodies would surely be pining for this voyage to the distant land!

What are you reading this World Book and Copyright Day?
AstraZeneca: Is Death Just One Jab Away?
Comment