Nawazuddin Siddiqui bumpy ride to glory - From Drama to Dharma 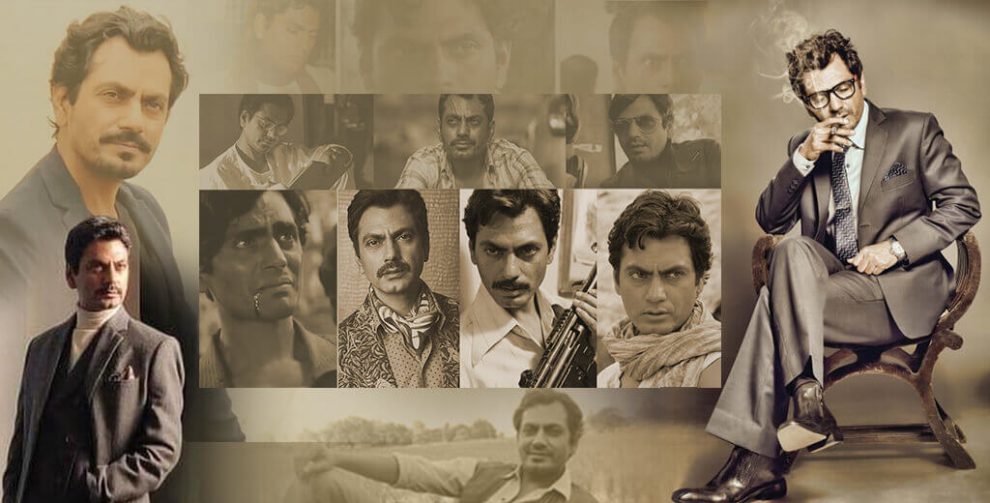 “If you are not willing to risk the usual, you will have to settle for the ordinary.” – Jim Rohn

Nawazuddin Siddiqui – a popular name in the Bollywood entertainment industry today, chose the extraordinary road to success. The story of a small towner who made it big in Bollywood. A man who did not settle for ordinary, who gave up everything to take a risk in an industry that is said to be governed by nepotism.

Nawazuddin Siddiqui was born in Budhana, a tehsil in Muzaffarnagar district, Uttar Pradesh, India. Growing up in a zamindari Muslim family, he is the eldest of his eight siblings. He spent most of his youth in Uttarakhand where he also pursued his bachelors in science. Later on, he worked as a chemist in Vadodara for over a year and left everything to search for a new job in Delhi.

A star was born in Delhi

During his initial days in Delhi, he was instantly drawn to acting and decided to join NSD (National School of Drama). Before joining NSD, he acted in over ten plays, in order to fill the criteria for admission, to secure his place in the renowned acting institute.

Nawaz made his debut in Bollywood with a small role in Sarfarosh, where he played the role of a terrorist and an informer. He was later offered small roles in movies like Shool, Jungle, Munna Bhai M.B.B.S. He also tried his luck in daily soap operas which did not gain much popularity. After his hit and try with serials, he starred in a short film The Bypass alongside Irrfan Khan. One of the darkest times of his struggle were when he couldn’t pay the rent and asked an NSD senior if he could stay with him. The senior agreed to share his apartment if Nawaz was willing to cook meals for him.

His role as a journalist in Peepli Live gave him the much needed recognition as an actor. In 2012, he was starred in Patang: The Kite which premiered at Tirbeca Film Festival and Berlin International Film Festival, his role in the movie was highly praised by Roger Ebert, film critic. This role is said to have “transformed his acting style”. The movie gained worldwide traction and also received praise from The New York Times.

He later went on to appear in Kahaani, Talaash, Kick Miss Lovely, however, he describes his role in Gangs of Wasseypur as “the most real performance so far.” He also starred in the Anurag Kashyap’s movie. Nawaz is now best known for his villainous yet versatile roles in Bollywood.

His road to success

Nawazuddin Siddiqui’s role in Bajrangi Bhaijaan and Manjhi- The Mountain Man helped him gain even more recognition and popularity among the entertainment industry. He also received the Special Jury Award at National Film Awards and Filmfare for Best Supporting Actor.

His role as Gaitonde in Netflix series, Sacred Games, was praised by Paulo Coelho and he also tweeted and lauded Nawazuddin’s work by saying “It is one of the best series on Netflix with the great actor Nawazuddin.” From being an extra to becoming the most loved actor across India, Nawaz has come a long way. His story of success is not only inspiring but among the most captivating.

The Macho of Maachis: Surreal-ity of Chandrachur from the eyes of an admirer
Where there is Love, there is War: Ankita Lokhande’s love story didn’t end with Sushant’s departure
Comment