Netflix to blend Local with ‘Glocal’; Upcoming office in Italy 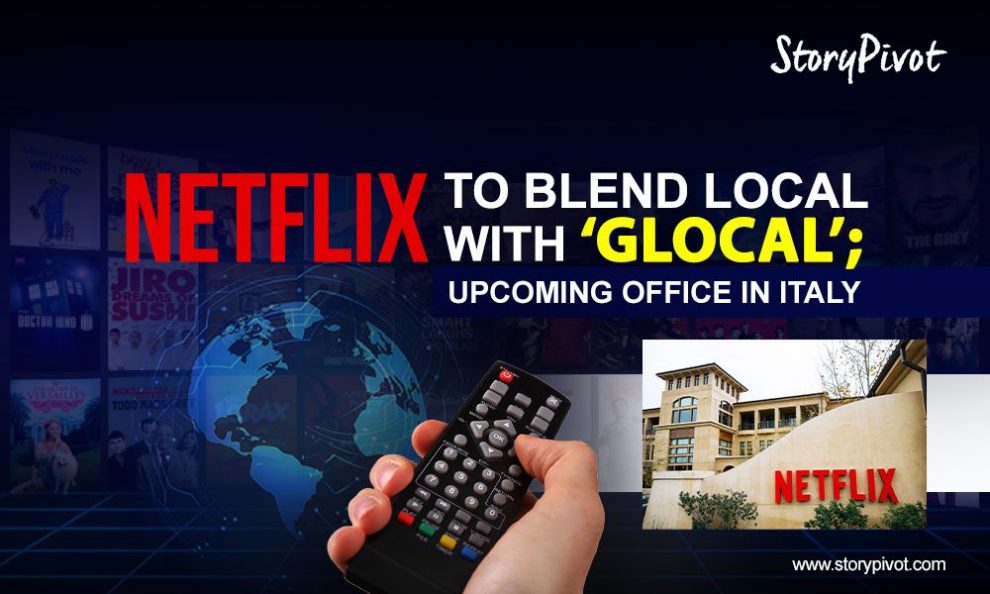 The hot-trending OTT (over-the-top) platform, Netflix is opening an Italian Office around the second half of 2021.

Planning to double its ‘authentic local content’ and releasing the production in its international market base, Netflix has a game-changing opportunity to expose parts of the world for their authentic geographical and cultural attributes.

Media is a very powerful medium to influence the perception of the audience. Without even setting a foot in a country, we do know what the inside of the nation looks like. We are very intimately introduced to the culture, people, their lifestyles and Oh I know the Empire State Building is the go-to place for a nice valentine’s eve.

But not every time, everything you see on your screens will be true, and if we ask for opinions from the local people of that place, we might get acquainted with some un-romanticized scenarios.  This is because Tv shows and movies wouldn’t necessarily depict the reality, their agenda is to entertain and captivate the audience.

Welcoming streaming platforms in the World of Entertainment

With a global user base touching 1 billion mark, streaming platforms like Netflix, Amazon Prime, Disney + and Apple TV +, have changed the dynamics of the way entertainment is perceived.

Netflix’s relative novelty in the production of original content can be speculated elsewise, with the digital platform releasing a variety of extralocal content inspired from the lands of France, Mexico, Italy, Brazil and Japan.

Adapting to the expectations of its local audience and fabricating the production accordingly, Netflix has set an example of ‘glocalization’ of the entertainment industry.

It is imperative for Foreign TV producers to create locally rich and internationally potent content, which would appeal to the local audiences and create curiosity globally.

American Netflix series, “Emily in Paris” was lambasted by French critics for the banal and romanticized portrayal of the city. Though ‘Godfather’ saga is considered a good-watch by many but the Italians might comment otherwise on the displayed mafia-centric approach to Italy.

What we look forward to is to let the local creative team roll stories of their cultures and an authentic depiction of these internationally. Who knows eventually, there is a wave of change that will alter our perception about cultures across the globe.

From standing joke to a power player: The journey of Golden Globes
Aamna Imran or Aishwarya Rai? This Pakistani doppelganger stuns everyone!
Comment