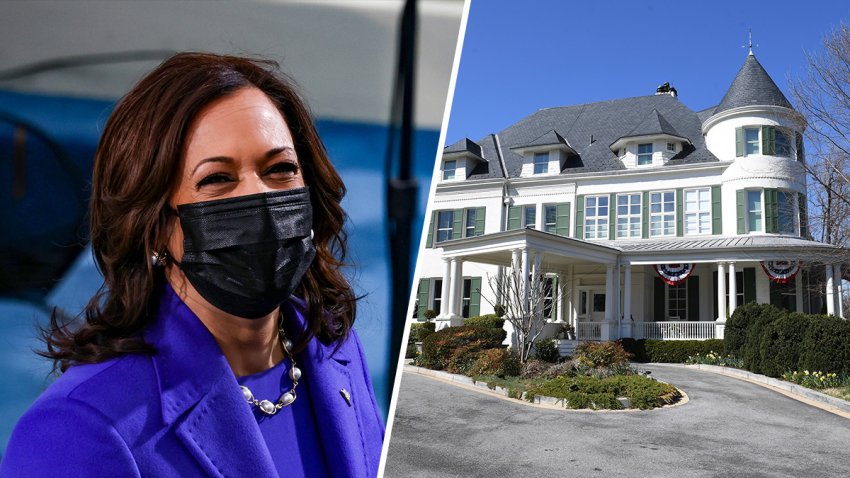 From being the first black to the first Asian-American Vice President of the USA, Kamala Harris is a woman bearing several firsts to her name. While she may not have been able to make her way to the oval office, she has definitely not settled for anything less. The White House is magnificent and all, but did you see the house that the US Vice President will be moving into soon? Though it does not date back to the 1700s like the President’s House, the Number One Observatory Circle is still an abode that holds great historical significance. How? Let’s take a look.

The 128-year-old house sits on a 72-acre plot and is located just about 2 miles from the White House. It was originally constructed for the superintendent of the US Naval Observatory, a scientific agency.  Following that, for around five decades since the 1920s, it was the residence for the chiefs of naval operations after which it was allotted to the vice presidents as their official residence. So far, seven vice presidents have lived here with Kamala Harris being the eighth. However, currently, due to the ongoing repairs, she is temporarily staying at the historic Blair House which is the official guest house of the US President.

The 128-year-old-house may look like it can be just anybody’s house at first glance but it is still beautiful in its own ways. Bearing the elegance of Queen Anne style architecture, with a spacious basement kitchen and several bedrooms, the house has often been touted as ‘imposing’. Now if history is any indicator of the future, then Kamala Harris and Doug Emhoff will definitely make a mark in Number One Observatory Circle as well because of the former being the first female Vice President of the states. However, the more important thing, for now, is – how will they make their mark in the country?

AstraZeneca: Is Death Just One Jab Away?
Joe Biden: First Week at The Oval Office
Comment