Political angle in farmer protests: A reality or a misinterpreted notion? 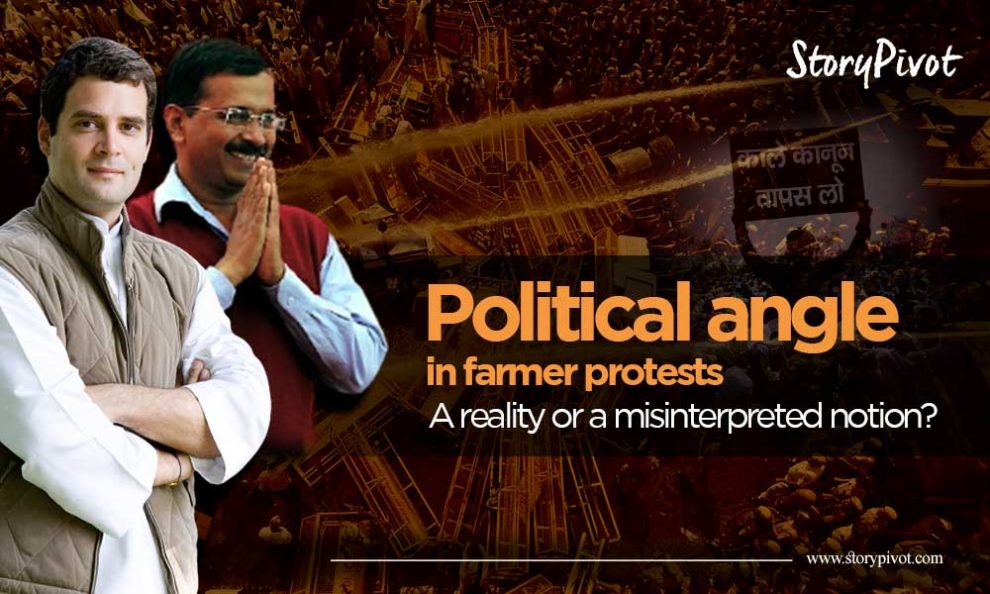 The farmer protests may have recently come into the limelight, but several demonstrations have been going on from the last three months

Over the last few weeks, the Indian farmers have been camping on the national highway near the Delhi border to protest against the three farm laws that were passed by the government in September 2020. The protests have become an international news and the government is under severe pressure to take a decision in the nick of time.

At this juncture, many theories are doing the rounds pertaining to the motive behind the protest. While some are accusing the opposition of instigate the protests, others are coming up with different philosophies. Amidst a number of rumors, a fact that remains undisputed is the scrutiny these laws have faced at the hands of farmers for the last three months.

The farmer protests may have recently come into the limelight, but several demonstrations have been held by thousands of farmers in the lead up to the massive campaign, especially across the states of Haryana and Punjab. The farmers are more worried about losing the security of MSP (Minimum Support Price) that gives a great deal of assurance to them, as they are able to sell their crops at this price even if there is any sort of uncertainty in the market at the time of harvesting.

The remaining laws are also being questioned, but the main issue is pertaining to the MSP, even though some experts are not too critical about the introduction of these laws. However, some of the renowned experts are of different opinion and believe that the new laws will allow the corporations to take over the farming in a comprehensive way. Many international experts have also reiterated this fact and voiced their support to the farmer.

The farmer’s union has written to the Prime Minister to clear the air regarding their affiliation with any political party. The union has repeatedly said that the ongoing farmer protests are not incited by any political party or figure, and are solely led by the farmers against the introduction of new laws. The farmers have also threatened to continue the protests until the laws are revoked, while the government seems in no mood to do the same.

At this juncture, it is no secret that a prolonged deadlock with the farmers is not the need of the hour, considering the state of economy. The only way out at the moments is the initiation of dialogue with the farmers to make the suggested amendments after deliberation with the experts of the industry to put an end to the ongoing protests. Sitting at the fence may only cause more damage and pave the way for unfavorable consequences in the long run.