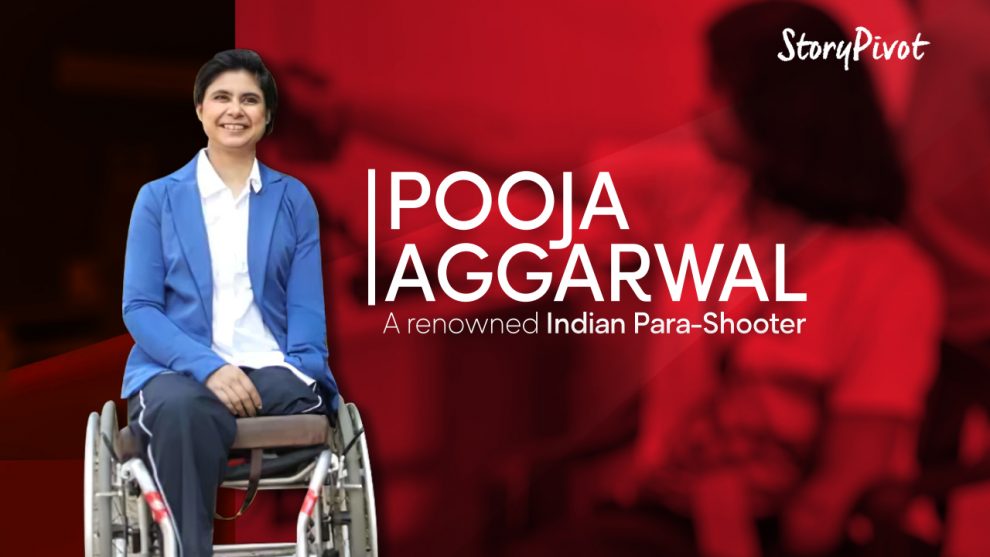 Pooja Agarwal was the victim of unfortunate circumstances that led to the loss of three of her limbs. While the world may have been harsh on her, she is undaunted. In fact, Pooja Agarwal is a Para-Shooter who currently ranks 14th in the world and has successfully represented India at numerous events, winning both the respect and accolades of the nation and the spectators.

But para-shooting was not something that came to her notice immediately after the accident. Determined to take back control of her life that had been momentarily hijacked by fate, Pooja initially concentrated on cracking competitive exams and landing a good job. Her efforts paid off when she was selected to join the bank of Allahabad (now Indian Bank) in 2014. So how did she get into shooting as a sport?

Pooja’s friend and mentor Pragya suggested that she try her hand at sports, which was initially laughed off by Pooja. A visit to the India Spinal Injuries Centre (ISIC) changed her mind. Her curiosity was piqued and she signed up for an introductory shooting camp for para-athletes, while also trying her hand at table tennis. At one point, Pooja was juggling work and two sports at a time. It was only after she suddenly collapsed due to exhaustion that she decided to pick just one sport on the doctors’ advice. Pooja Agarwal, para-shooter, was born.

As luck would have it, she picked shooting. She put in the time and work which brought in incredible results for her at the 2016 pre-nationals – her first competitive event. Pooja Agarwal, the para-shooter, had bagged gold! It was only the beginning. Her first international medal followed very soon after. At the World Shooting Para Sport World Cup held in 2017, in the UAE, Pooja won the silver in the 10m air pistol event. She followed it up with an impressive performance at the Bangkok Championships, qualification for the Asian Games and World Championships, and topped it off with a silver at the Croatia World Cup. Her latest win came at the 2021 World Cup in Peru, where she won two team silvers.

Pooja Agarwal is no doubt an inspiration for millions of Indians. Her life is the perfect example of taking life by the horns despite the bad hand you have been dealt. She could have simply flopped over and given up. But no. She chose to be a fighter; the mistress of her own faith.