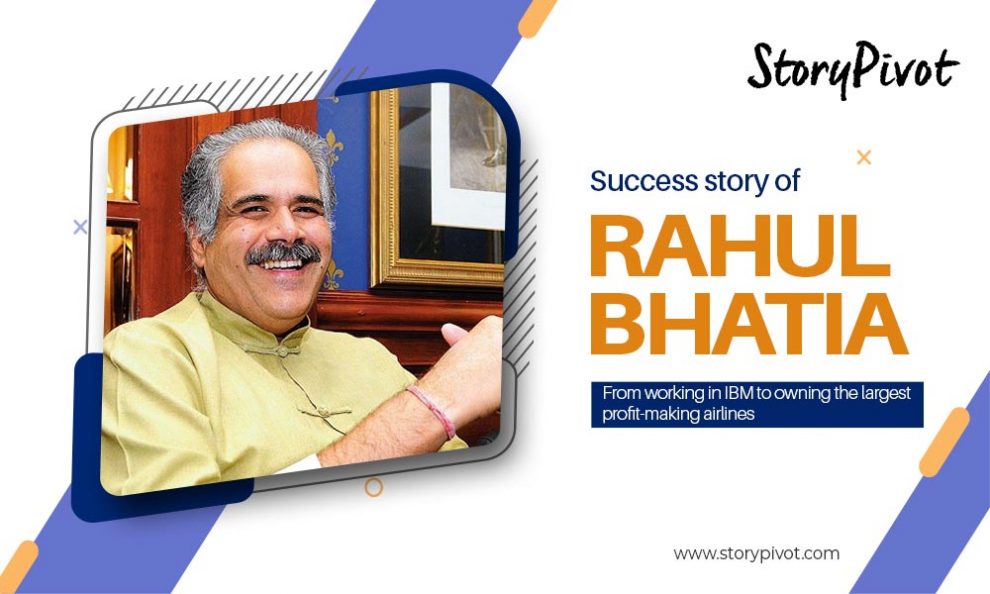 Rahul Bhatia is an Indian businessman and the founder of InterGlobe Enterprises Limited that owns IndiGo, the largest and most profitable airline in the country. It commenced operations in the year 2006 and had its Initial Public Offering in October 2015. After the listing of the airlines on the Indian stock exchanges BSE and NSE, Forbes magazine declared Rahul Bhatia as the twentieth richest person in India with a net worth of over $3.1 billion.

He completed Electrical Engineering from the University of Waterloo in Ontario (Canada). He returned to India with an aim to set up a telecom venture with Nortel to make digital telephone exchanges. However, since the government at that time didn’t favor any foreign technology, that business didn’t see the daylight.

Hospitality tycoon and Indigo co-founder, Rahul Bhatia, was born in 1955 in Nainital to Kapil Bhatia. The senior Bhatia had a travel agency, Delhi Express, which he ran with considerable success. Rahul Bhatia was sent to Canada to pursue a degree in Engineering, which he did successfully. As a student, young Bhatia spent two years working for tech giant IBM and was preparing to pursue a Ph.D. and wanted to go down the career path of a teacher. Little did he know that he would one day found a business empire that would have a global outreach.

He went on to work in the IT department for United Airlines and in 1985, as fate would have it, he met Rakesh Gangwal – they would later go on to establish India’s premier economy airlines Indigo in 2006. While he was in the States, his father’s travel agency business hit rough waters. Rahul Bhatia dutifully returned home and set about founding his own business. Failure was not an option for him.

In 1989, he set up InterGlobe Enterprises which dealt in the aviation industry. His collective experience working for IBM and then United Airlines served him well as InterGlobe Enterprises diversified its outreach. Primarily dealing with airline management, the company soon turned to hospitality and other travel-related businesses as well.

InterGlobe Enterprises, the brainchild of Rahul Bhatia, is still going strong today and has three distinct arms under it – InterGlobe Hotels, set up as a joint venture with Accor; InterGlobe Technologies, the IT and BPO firm that takes care of the enterprises’ customer and other related services and Indigo Airlines, the project that propelled Rahul Bhatia to insurmountable heights.

He also worked for two years with IBM where he was involved in establishing a fully automated screen manufacturing plant. Later, Rahul Bhatia returned to India and played another innings of his life. He began his career as a businessman by establishing InterGlobe Enterprises in the year 1989. In a short span of time, he diversified into many other businesses and developed a number of travel-related businesses as well. He has also bagged prestigious awards like the Ernst & Young Entrepreneur of the Year Award in 2010 and the Economic Times Entrepreneur of the Year Award in 2011. Attaining commendable success owing to dedication and efforts, Bhatia has set the perfect precedent for several budding entrepreneurs in the country.

Work from home: A win-win situation for employees as well as employers
Bootstrapping startups: ‘Your money’ is all you need for success
Comment