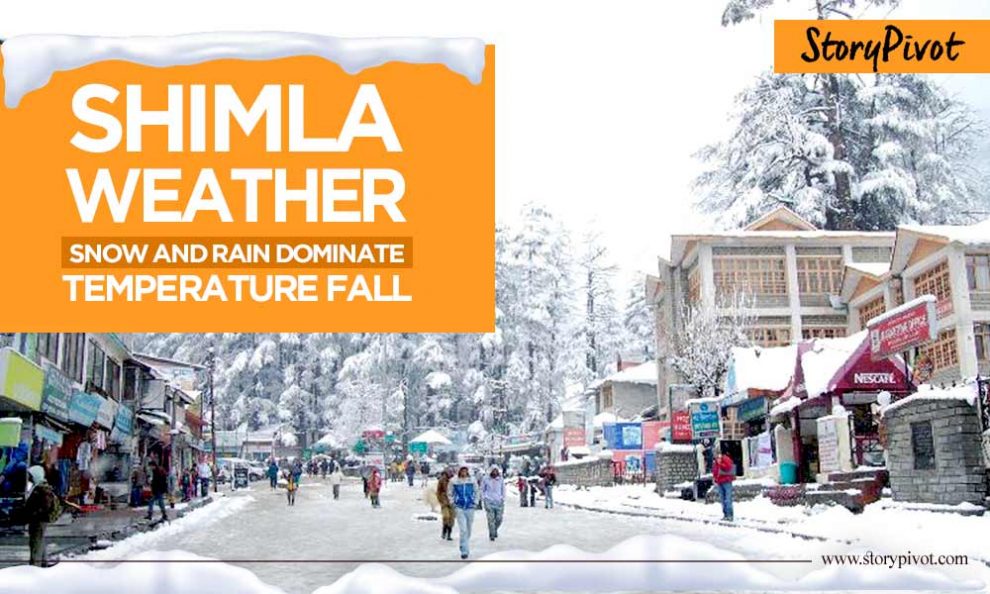 Tourists continue to rejoice in Shimla weather as unexpected heavy snowfall and rains continue to dominate low temperatures for a week. The Meteorological Department said that various parts of Himachal Pradesh would continue to receive waves of snow and light rain for the next ten days due to western disturbances.

Shimla Mall Road, Chhota Shimla, Jakhu, and other small areas of the main city registered the first snowfall of the season on Sunday. In the previous years, Shimla city recorded snowfall on December 12 and 13 in 2018 followed by December 14 and 16, 2019. Currently, the average day temperature of Shimla is maintained around 4 degrees. Snow-clearing operations are ongoing throughout Shimla and upper regions.

Extreme Mercury drops were observed in the valleys of Himachal Pradesh. Keylong in Lahaul-Spiti registered minus 11.6 degrees followed by minus 3.4 degrees in Kalpa, minus 2 degrees in Mandi, and minus 1.6 degrees in Bhuntar. In contrast, Sundernagar and Una recorded maximum day temperature at 19.2 degrees.

More than 400 roads, largely in upper areas of Himachal Pradesh were blocked due to excessive snowfall and accident-prone conditions. This includes the newly opened Atal Tunnel and NH 305 owing to the snowfall in Solang Valley and Jalori Pass. Due to heavy winds, electricity and water supply have been affected in some places. Chopal sub-division alone faced 14 blocked roads.

While government departments continue to spread information about slippery roads and safety measures, Shimla weather is expected to drive up the tourist traffic for the New Year celebrations, even with the night curfew after 10 pm.

Beyond price tags: What does luxury mean in the market today?
“By every usual standard, I was the biggest failure I knew”: Success story of JK Rowling
Comment