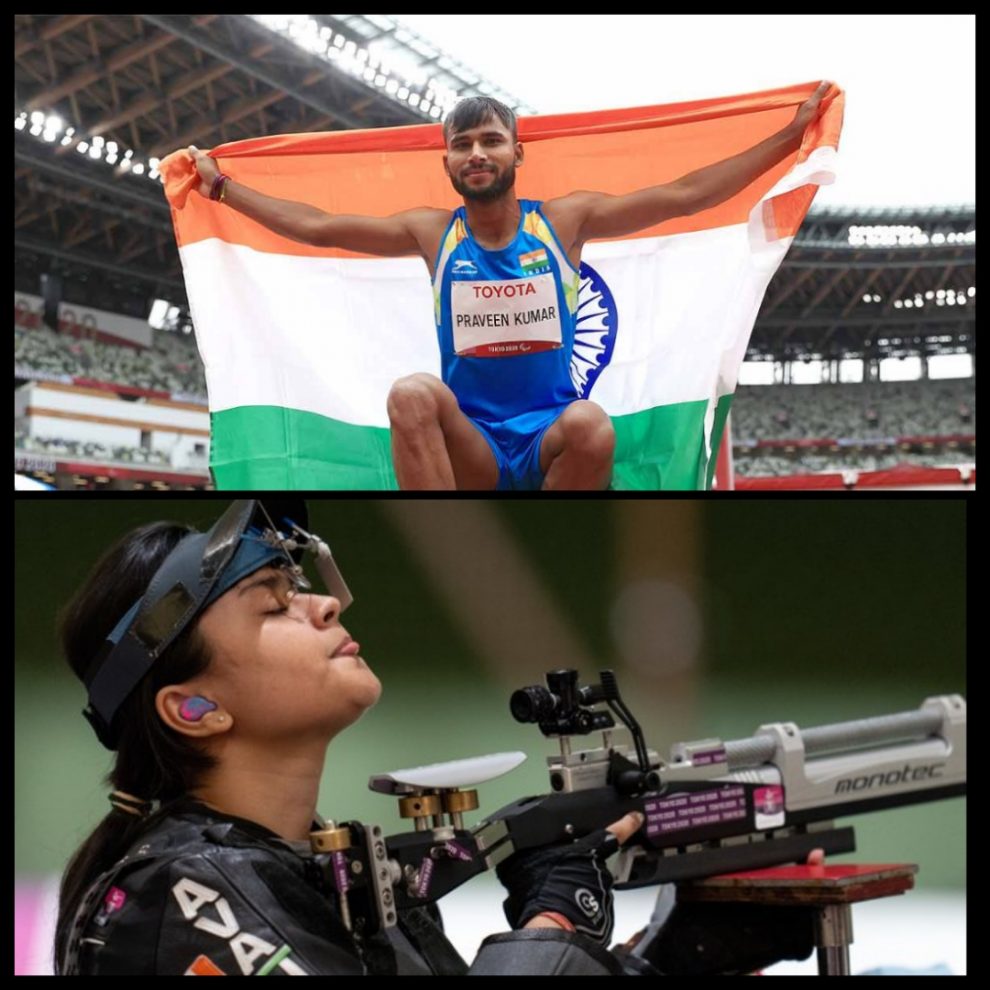 Avani Lekhara is the first Indian woman to win two medals at a single event, achieving gold at the women’s 10m Air Rifle Standing (SH1) event and bronze in the 50m Rifle 3 Positions event. SH1 Rifle event athletes’ have leg impairment or paraplegia, so they compete in either a sitting or standing position. This was the first time Avani had secured a medal (bronze) in the international games in a sitting position.

18-year-old Praveen Kumar set a new Asian record with a 2.07m high jump in his debut Paralympics against Great Britain’s Jonathan Broom-Edwards who clinched gold with a best of 2.10m. Praveen has a T44 classified impairment of leg length difference and impaired power muscle but was also eligible to compete in the T64 disability classification of leg amputation, where athletes compete with prosthetics in a standing position.

Praveen Kumar’s impairment is congenital, affecting the bones connecting his hip to the left leg while Avani Lekhara had suffered spinal cord injuries in a car accident in 2012, making her immobile. Besides their impairments, both the athletes outperformed their calibers and strengths. Both had set a remarkable record in their debut Tokyo Paralympics, excelling in their genre of games, and extended India’s medal tally to 12 on that day, making the country proud.

Avani Lekhara was inspired by the Olympic gold medalist, Abhinav Bindra, and said,“I always wanted to become like him and always wanted to make my country proud.” On pulling off the second medal (bronze), she bettered him by a step.

Praveen Kumar had already won his first gold at the 12th Fazza International World Para Athletics Grand Prix and after winning silver at Tokyo Paralympics, he broke his own record and is ranked 3rd in the world in the High Jump T44 category.

It was their hard work and unparalleled dedication that made them reach such heights.

Suggested Read: An emerging player in the World Athletics, Shaili Singh wins silver at U20 Championships

Story of Betty Robinson – The young athlete who defeated ‘death’
An emerging player in the World Athletics, Shaili Singh wins silver at U20 Championships
Comment