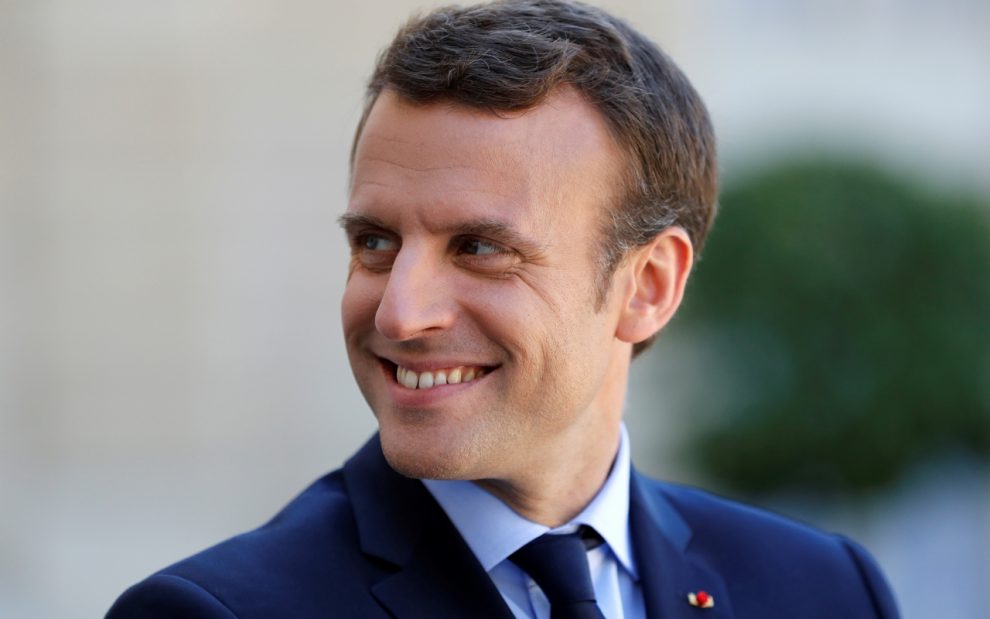 Paris: In his first six months in power, French president Emmanuel Macron has chalked up one reform after another in a whirlwind that has nevertheless seen his poll numbers plummet.

In short order, the 39-year-old has scored three major legislative triumphs, beginning with a law to clean up politics, followed by flagship reforms to France’s complex labour code and a controversial anti-terror law.

The labour reforms sparked strikes and street protests, but they paled in comparison with those that have thwarted similar attempts by his predecessors.

But the young leader’s zeal for reforms — and the use of executive decrees to overhaul the labour code, seen as a strong-arm tactic — has come with a cost. The man who won two-thirds of the vote in May has an approval rating of just 32 percent in a YouGov poll out on 2 November.

But insiders says his poll standings do not worry him.

“He has a very long-term outlook and won’t give up,” one close associate said.

The 2017 election left Hollande’s Socialist Party in disarray, while the right-wing Republicans party is split between those who joined Macron’s REM, such as Prime Minister Edouard Philippe, and those who want to stay in opposition.

Macron faces a tricky balancing act as he seeks to lower taxes while also slashing the deficit — something he sees as key to earning credibility with European leaders as he pushes for ambitious EU reforms. Next on Macron’s frenetic agenda are reforms to unemployment insurance, professional training, housing policy and academic selection. Also in the pipeline are pension reform and a move to shrink parliament, where 577 people sit in the lower house and another 348 in the indirectly elected Senate.

Coming after two unpopular one-term presidents — the ineffectual Francois Hollande, preceded by the brash Nicolas Sarkozy — Macron is seeking to restore grandeur to the office and return France to prominence on the world stage.

Macron has called on EU member states to go much further in linking their economies, governments and armies, proposing a joint defence force, as well as new agencies for asylum and innovation and ideas for tax reform.

The Macron juggernaut has left little room for opposition. Neither the unions nor the radical left Unbowed France (LFI) party managed to head off the labour reforms that took effect in September. LFI head Jean-Luc Melenchon himself admitted recently: “For now, he has the upper hand.” For its part, the far-right National Front of Marine Le Pen is still reeling from her rout at the hands of Macron and intense in-fighting.

But the woes of his opponents do little to boost Macron’s popularity as he struggles with charges of being the “president of the rich”. The label has gained traction since he slashed a wealth tax while at the same time trimming housing benefits for students.

He hopes to correct the impression with changes that would benefit the middle class and the underprivileged, such as a lower social charges and residence taxes.

But Macron has come under fire for a series of comments seen as arrogant or out of touch. Protesters seized on a remark directed at critics of his labour reforms, whom he called “slackers”, which spawned slogans such as “slackers of the world unite”.

Political scientist Bruno Cautres of the Cevipof think tank at Sciences Po university in Paris thinks that time is on Macron’s side. No elections are slated until the European Parliament vote in 2019, while the economy is looking up, Cautres noted.

Besides, a recent poll found that one in two French are willing to give Macron more time to prove he is putting France on the right track.

But US news magazine Time took a tongue-in-cheek swipe at Macron’s seemingly outsized ambition. On a recent cover the weekly billed Macron as “the next leader of Europe — if only he can lead France”.