Story of Betty Robinson – The young athlete who defeated ‘death’ 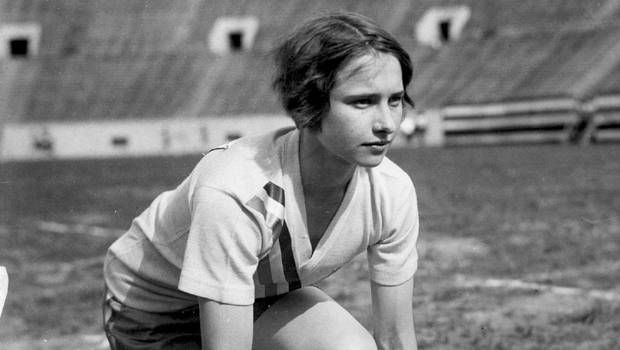 It is said that if dedication and direction fall together in place, the impossible can be achieved. The story of Betty Robinson, a 16-year old athlete, is an inspiration on how to attain success through thick and thin. She was spotted by her science teacher, Charles Price, a former athlete and the coach of the school team while running to catch the train after school. Her swiftness was God’s gift in hindsight and won her a place on the school’s boys’ team.

Robinson never knew that her talent would make her a globally renowned personality. “I had no idea that women even ran then,” she maintains. Just after four months of training, she made her race debut by winning a place in the US Olympic team, finishing second to Helen Filkey in the 60-yard dash.

This American athlete was the first woman to introduce women’s athletics in the 1928 Summer Olympic Games held in Amsterdam and aced the 100m race event, crossing the official world record of 12.2 seconds. Being the only US woman to compete against two Germans and three Canadians, the nervousness was apparent when Betty came up with two left shoes instead of the correct pair. Nevertheless, she went on to rewrite the history books and grab her first gold medal in the sport.

In an interview for a book titled, ‘Tales of Glory: An Oral History of the Summer Olympic Games,’ Betty Robinson expressed her winning emotions, saying, “I can remember breaking the tape, but I wasn’t sure that I’d won. It was so close. But my friends in the stands jumped over the railing and came down and put their arms around me, and then I knew I’d won. Then, when they raised the flag, I cried.”

Robinson never wished to stop and later won a silver in the women’s 4x100m relay and set her sights on preparing for the Olympics scheduled in Los Angeles in 1932. In March 1931, she set world records for 60 yards (6.9 seconds) and 70 yards (7.9 seconds).

But as it is said, life is unpredictable. On 28th June 1931, Robinson went on a plane tour with her cousin as a pilot to “cool off” and the plane crashed due to an engine problem. A broken arm, leg, hip, and other internal injuries had her initially assumed to be dead, albeit falsely. Doctors advised her to never race again.

After six months in a wheelchair and two years in rehabilitation to learn how to walk normally, the star kid came back by grabbing a place in the 1936 Berlin Olympic Games’ 4x100m relay team. Eight years after her recovery, she showed the world by winning her second Olympic gold.

In 1996, after her retirement, Robinson carried the Olympic Torch for the Atlanta Games with pride, and died in 1999 aged 87, forever cementing her place in people’s hearts.