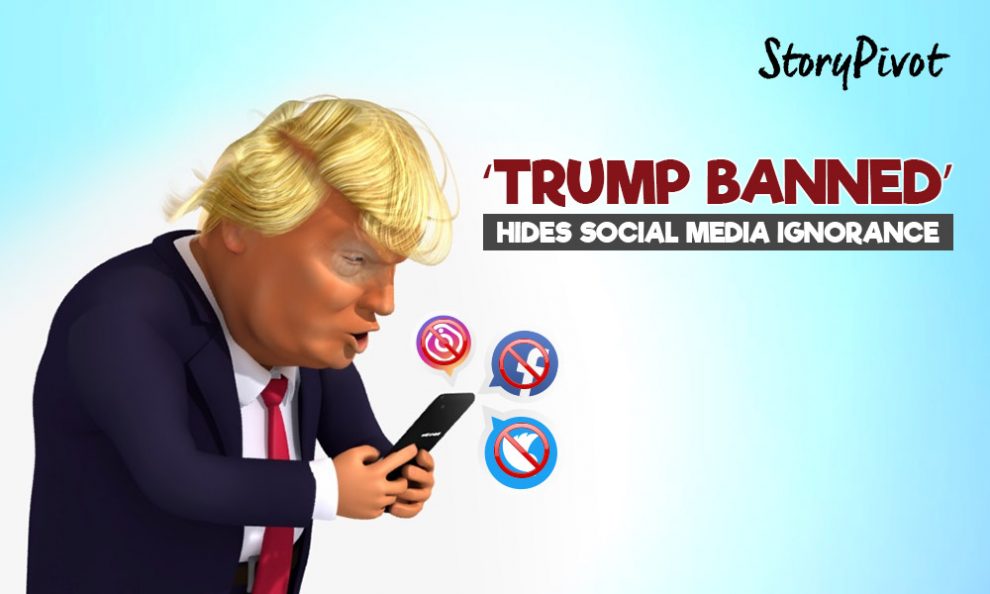 President Donald Trump was banned by Twitter, Facebook, Instagram, and other websites after a mob of Republican supporters stormed Capitol Hill on January 6. As soon as the ban news broke out, democracy believers flooded the same websites with praise and applause for the bold move. However, in reality, they fell prey to the image preservation move set in motion by the social media giants. Here’s how:

It is imperative to note that these tweets were made on January 8, 2021 ie. 2 days after the mob incident. Furthermore, according to Twitter’s Glorification of Violence Policy, this portrays the swearing-in on January 20 as a ‘safe target’, labels the mob as “American patriots”, and legitimizes his claim of a ‘manipulated election’. 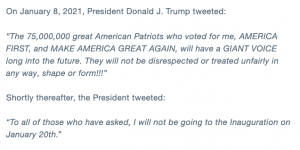 But, what about the participation of social media in facilitating the mob? No comments.

Twitter, Facebook, Reddit, and other sources took no step whatsoever to prevent misinformation, regulate conspiracy theories such as QAnon and Wayfair floating under election discussions, or observe the insinuations and hate propagated under freedom of speech – the three main causes that created the mob in the first place.

Culprits such as #stormthecapitol and #QAnon on TikTok, #PatriotParty and #StopTheSteal on Pinterest, and Parler app on Apple Store and Google Play went unnoticed before and after the attack. Although the aforementioned platforms expressed their support by imposing the ban, it was implemented after the damage was done.

While this doesn’t take away the blame from Donald Trump, it speaks of the ignorance practiced by social media giants. Riding the tide of the rebellious US main media, ‘Trump Banned’ conveniently represented the character and responsibility displayed by social media websites as a response to the attack.

However, the ban is not enough to remove the element of uncertainty that continues to loom over the future of the US democracy.

US vs China: The ‘Space’ Power Struggle
Ryan Coogler: Bridging Black lives with the world
Comment